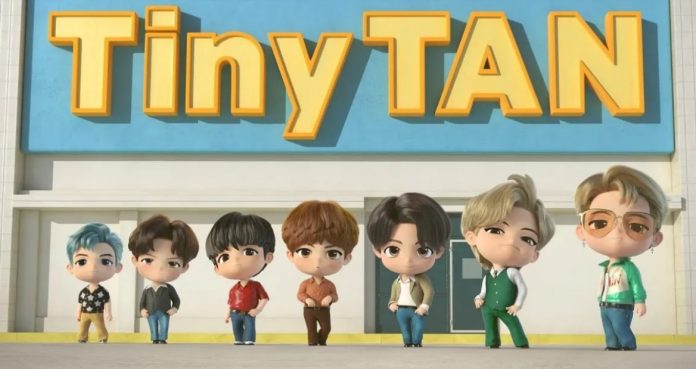 BTS just wants to bring happy moments and fun to ARMY, so this time, they are preparing an application for the cell phone in which we can play with the characters of TinyTAN.

TinyTAN are animated and very cute versions of BTS idols , it is a chibi alterego of the band members and we have seen them in merch , in books and even on Facebook because they have their own set of stickers to express yourself in that social network.

Bangtan cares about their fans , making them feel happy and maybe forgetting their problems for a while and for that reason they have been in charge of providing them with music and content for their entertainment ; although let’s not forget also the positive impact of the Bangtan Boys , as their fandom is characterized by the large donations and actions they carry out on behalf of their favorite K-Pop band .

Bangtan already has the ‘BTS WORLD’ app , a mobile game that ARMY has been able to download and enjoy, but this time they are preparing a new one with their TinyTAN characters .

TINYTAN WILL APPEAR IN A NEW BTS GAME

Netmarble , the same developer that launched ‘BTS WORLD’, is planning to launch a new app with the tentative title of ‘BTS Dream: TinyTAN House’ , it could be launched later this year around the world so ARMY can decorate their home with TinyTAN (well, that’s what we think the game will be about).

If you do not have your phone memory by saving memes and photos of your bias, sees freeing so you can download this new game of Bangtan Sonyeondan and live adventures alongside your idols favorites in an early version.

But while we wait for this game to launch , you can read more about the Wooga Squad , do you know V’s friends ? Everyone wants to belong to this exclusive circle.

Ratchet & Clank: A Series of Unforgettable Adventures Before A Dimension...

Rick & Morty: 7 Crazy Theories As We Wait For Season...