Home Celebrity BTS prepares a new surprise song, when will their comeback be? 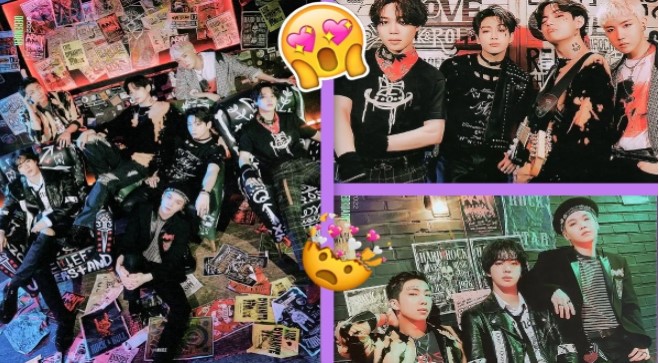 Is BTS’s comeback ready? Fans are impatiently waiting for new music from the group that could be preparing a big surprise, this is all we know.

BTS had their last comeback with the single ‘Butter’, where they presented 2 new songs that were a success around the world, breaking their own records and reaching millions of new fans who did not hesitate to enjoy the music of this amazing group.

Although Butter was a short release and in a different language than Bangtan Sonyeondan’s native language, its songs accumulated achievements in Korea and outside the boy band’s country, although fans are still waiting for more music from the idol group.

ARMY has waited patiently for more music from Bangtan and perhaps with ‘Stay Alive’, Jungkook and Suga’s song for the OST of the group’s webtoon, ‘7FATES: CHAKHO’ they made a small preview of what will be the boy’s long-awaited comeback band.

Will BTS’s comeback be ready yet? It seems that it is closer than we expected and the K-Pop group is ready to release new songs for their fans.

DOES BTS HAVE THEIR COMEBACK READY? THIS IS ALL WE KNOW ABOUT HIS NEW SONG

According to information from the Korean media, BTS is preparing a new surprise song for their Permission To Dance On Stage in Seol concerts in March, the idol group has already started rehearsing for this event they will have in Korea and they may present their comeback.

ARMY becomes suspicious about the release of new music from Bangtan Sonyeondan, which could be revealed on March 10 with the completion of the first of three concerts that the group will give in Korea.

Are you all set for a new BTS song? Perhaps the boy band has everything ready and the excitement for these concerts and the group’s comeback is breaking scales.

WHEN WILL THE BTS COMEBACK BE?

According to the information, BTS’s comeback would be in the month of May or July, so if it is announced in March, we would still have to wait a few months to experience the complete return of this group, fans will wait patiently.

Fans of the group are already theorizing about BTS’s new release according to the clues they’ve given, maybe it’s something related to ‘WE’ or ‘ME’, we hope they reveal it soon.

ARMY already has everything ready for the next BTS comeback, it has been highly anticipated and surely there will be more advances and news about it soon.

In other BTS news, do you know which members of the group don’t have tattoos yet? Some of them have only gotten temporary tattoos.

A better life: Emma is getting weird with the Baptiste!