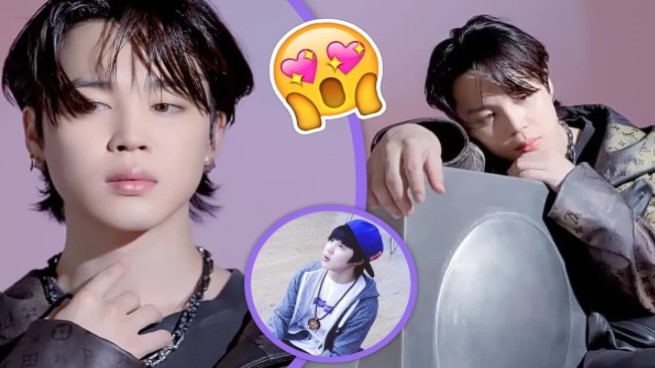 There is a lot of BTS’s history that we still don’t know and hardly any videos of Jimin came to light before debut, what was it like back then? The member of the group had already mastered much of the dance before being a trainee.

BTS’s Jimin found his passion in dance since he was young, his dream was to work as a dancer and he was encouraged by his high school teacher to pursue his goals and develop even more in this discipline that he loved so much. ; since then he had a great talent that he was to admire.

Soon, Park Jimin was part of BigHit Entertainment, becoming a trainee of this agency while still studying, despite all the effort he had to do, Mochi never gave up and managed to show that he had everything it took to be part of Bangtan Sonyeondan.

Since Jimin’s debut with Bangtan we have seen an evolution of the idol as a singer and dancer, in addition to showing all of his talent and passion for music both in the studio and on stage, always remembering his specialty in dance.

But what was Jimin like in predebut? Since then this idol gave his all in different auditions, pursuing his goal, he revealed that from a young age he had great skills and a lot of potential to succeed as a dancer and this new unpublished video proves it.

New videos of Jimin predebut have been revealed, these are from the idol in his time in ‘Just Dance Academy’, since then he could already perform in various dance styles and these videos have shown them very well, letting us see Jimin’s talent since before being a trainee.

From a very young age Jimin already had a good notion of dance and rhythms, today he has perfected his talents and shines like no one else on stage.

JIMIN’S TALENTS WERE NOTICED FROM A VERY YOUNG

There are many more Jimin predebut videos that show us that from a young age, this BTS member had great talents, here we find another video of Mochi in a dance battle long before debuting, demonstrating all of his skills.

This was Jimin before he shone completely, his talents were already noticeable and as a trainee he worked hard to improve them and stand out as he does now in the K-Pop industry.

In other BTS news, Jin told how he feels when he works alone, what differences does he find when working with his group?

Dadju as a couple with Jordyn Woods? This detail that leaves...