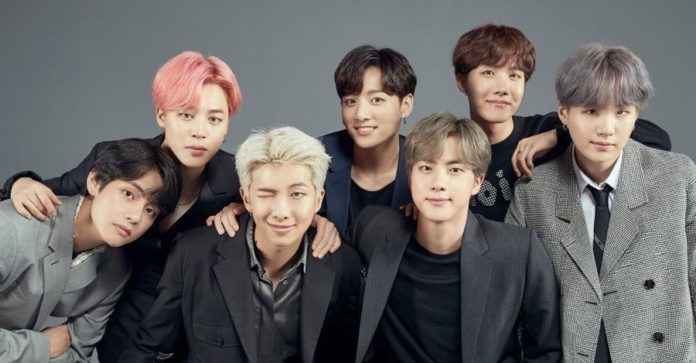 BTS will open a pop up shop in Gangnam! BTS Opens Large-Scale Pop-Up Store in Seoul. On October 10, 2019, Big Hit Entertainment has announced that it will open a BTS pop-up store titled “House of BTS” in Gangnam, from October 18, 2019 to January 5, 2020.

House of BTS will provide updated content from the BTS Pop Tour Store, held in Los Angeles, Chicago, New York, London and Paris during May and June 2019, in conjunction with the Love Yourself Tour: Speak Yourself.

The pop-up store will open using an entire building in Gangnam, which consists of a ground floor and three upper floors. Visitors will be able to attend a showroom where they can get to know the world inside the BTS MV and also buy merch, food and drinks. In addition, unlike previous pop-up stores that only opened during tour periods, House of BTS will be open for an extended period of approximately 80 days. 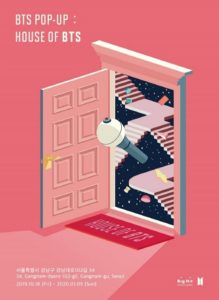 In addition, “House of BTS” will be decorated with the pink theme used on the album “Map of the Soul: Persona” and will use artwork from hit songs such as “DNA”, “MIC Drop” and others.

Big Hit Entertainment has revealed that “House of BTS” will deliver a more amazing experience than previous pop-up stores by sharing. “[The store] will be a multifaceted experience. We hope it will become a place that many people – not just fans – can enjoy together. ”

Meanwhile, the BTS will perform at King Fahd International Stadium in Riyadh, Saudi Arabia, on October 11, 2019, for the “Love Yourself: Speak Yourself” tour.