Home Celebrity BTS: Old photos that will make you remember the beginning of the... 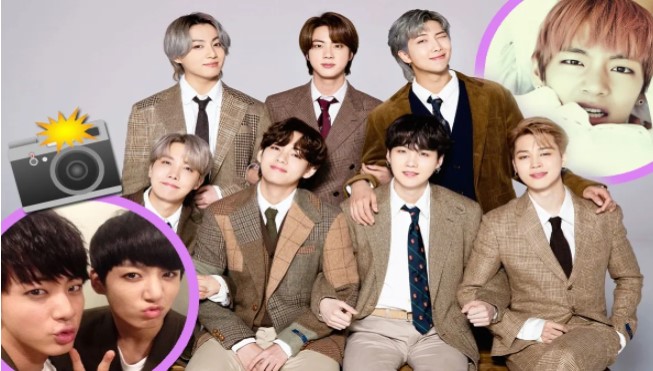 It does not matter that you have not been ARMY from the beginning, every fan of the idol group feels great pride to see how much they have evolved and that is why today we will remember the beginning of BTS and their looks with photos.

Eight years have passed since BTS first hit the K-Pop world as a group, their debut marked the beginning of a success story, and while the group members had to work hard and overcome great challenges, In the end they became the most famous idols of the moment.

Currently BTS is known in all parts of the world, the boys are rewarded for their talent and popularity, but this is the result of all the path they traveled little by little while they fell in love with the public with their style and personalities.

Although we love to see the new photos of Bangtan Sonyeondan in all the events where they are present, it is also really exciting to take a look at the past and remember the beginning of the careers of these idols, that’s why we know that the collection of images we have for ARMY you will love them.

To start, we bring this adorable photo of J-Hope and RM, the leader of the group hugs his partner and we can also notice that at that time he wore an undercut look for his hair.

Now, how about a photo of Jimin and Jungkook when the group was just short of debuting? There is no doubt that visuality accompanies them from the beginning.

In another of the old photos of BTS that we have for you, Jin, J-Hope and the Golden Maknae meet, all of them with looks that became memorable for the BTS fandom.

Do you remember what Suga looked like with red hair? In addition, at that time the makeup that BTS used for their presentations was intense and framed the looks of the talented singers.

Continuing with another photo of several members of the group, we come to this image where Taehyung appears in the front and behind him we see Jungkook and Jin wearing great styles.

Let’s finish off this collection of photos with a couple of selfies of V with adorable gestures that, then and now, are capable of melting the hearts of ARMY.

On the other hand, we recently told you that V revealed some details of Yeontan’s state of health and confessed that her pet has been sick, he discovers what happened to Tan.