Home Celebrity BTS is Nominated For The Kids’ Choice Awards 2020 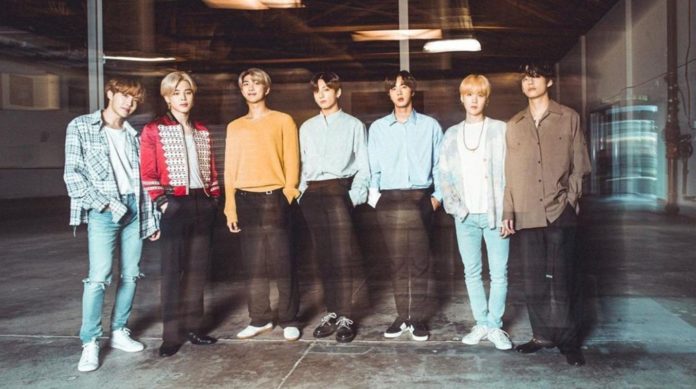 Bangtan has been named as one of the most famous artists on the planet and could take these awards. BTS does not stop, continues with everything and that they have not yet officially made their comeback .

The BTS boys from a time here have been present at all the music awards, where they have always swept away taking many awards

Now the presence of BTS in these awards was incredible, the different nominations were revealed on February 13 and the name of the band has been named twice, as they have been nominated in two categories for the Nickelodeon Kids’ Choice 2020 awards , which will take place March 22 and will be broadcast live completely.

BTS was nominated for the shortlist of ‘The favorite world music star ‘ along with other artists across the globe, such as, from Europe, Rosalia, Sho Madjozi from Africa, Taylor Swift from North America, J Balvin as representative of Latin America, Dua Lipa of the United Kingdom and the Big Hit group , as part of Asia .

BTS have also been named to compete in the category of ‘ Favorite music group ‘, in the short list they are also: The Jonas Brothers, and The Chainsmokers, Maroon 5, Panic! In The Disco and Fall Out Boy.

These are just some details that have been revealed for the awards , do not miss any of our notes, we will keep you informed.

Plot details and release date for the ’80s series sequel