Home Celebrity BTS and The Mystery Of The Number 7, What Does It Mean? 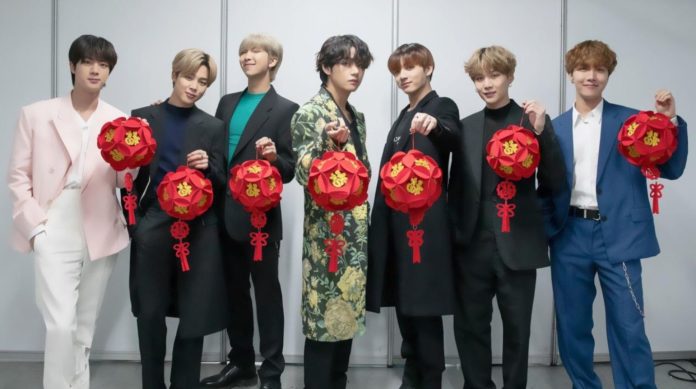 BTS and THE Mystery Of The Number 7, What Does It Mean? This number will be present in its new era of 2020.

BTS is almost 2 weeks of making their comeback with “Map of the soul 7 “, the boys are excited to reveal to the ARMY this new era; However, there is one detail that could keep a big secret for this return. The design of, stage, the number of members, the title of the album, the teaser of the comeback and the years that the group has been in the K-pop: 7, what can this number mean?

RM said in an interview that this figure was a number that could be used now, that it was the right time for it to be 7 members and turn 7, but he talked about something magical in this album.

Here are some theories as to why this number could be your lucky charm in 2020.

The 7 represents many things, in the bible, in the tarot, in the universe and is said to be a magic digit .

First, something related to 7 is protection and people who love the brave and safe, something that could be linked to the message of “Love Yourself” by BTS , is also a sign of abundance and perfection and since the boys are near his comeback, his new album could have the success never imagined.

The 7 is also the same number of colors of the rainbow, 7 musical notes and every 7 years our body is renewed, synonymous with a new restart? It could even be said that BTS seeks to consolidate a type of concept, we know that its music is versatile and profound in terms of lyrics and meaning, even this Number is related to loneliness.

The guys mentioned that their comeback would be about those shadows that torment us, until now everything could be just coincidences.

According to Socrates, 7 has an influence on human beings, since the Moon changes phase every 7 days, that is, everything could be an astrological inspiration or even in history itself: before there were 7 known art forms, Rome was built on seven columns, there is the belief of the famous 7 miracles of the world, there are seven seas, even chemistry plays an important role because there are 7 main metals used in Alchemy.

Maybe the BTS album , its lyrics and concepts have nothing to do with everything that surrounds that number , BTS could simply take the 7as a way of saying that this will be a great year for his career, that he has had extraordinary achievements and that all members are an important part of the group’s success.

The 7 could be his lucky charm and not enclose any mystery that ARMY has to discover with the MV or the lyrics of the songs, they simply want to give the message that they have done something great with their career and their music.