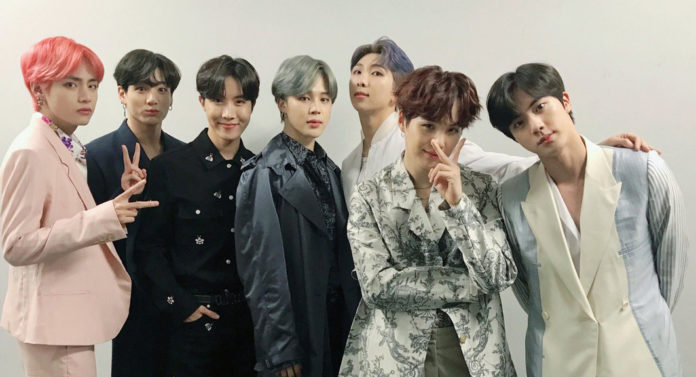 BTS misses ARMY and sends emotional message. Do you think the most important thing for the group are its followers? You are right and the boys have a lot to say to their fandom.

BTS boys were yesterday presenting ‘ ON ‘ in M COUNTDOWN , the program won another win .

Some of the members of the group decided to do a VLive , where they were honest with those who saw them and explain what their feelings are after being on stage presenting one of their biggest hits.

Jungkook, Jin and Suga sat in an armchair, with their white looks with black details, commenting on many things, but what transcended more was their emotion when talking about their fans and followers.

Suga began by saying that the same energy is not felt during a musical transmission without ARMY , Jin he replied that it was true, to the apparently rapper was hungry and made a metaphor saying that ‘the place felt like a bun red bean without beans red ‘, Jungkook laughed for a long time and praised the ability to spin his hyung’s things .

Suga commented with his classmates that the site was … and since he couldn’t find the right word, Jungkook helped him and completed saying ‘boring’.

The BTS hyung ended up saying that they miss the presence of their fans very much , since they are the force that drives them to move forward, to get more music and not give up on their way.

Beyonce Didn’t Shine In The Nominations With Spirit