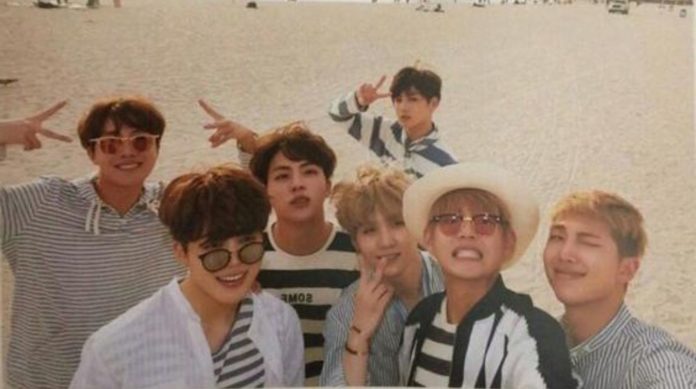 The members gave their opinions on the current track they promote, check out the video!

‘Balck Swan’ was released along with a video on the YouTube channel of Big Hit Labels, on January 17 of this year, has so far more than 18 million views and counting, this song was produced by: Pdogg, RM , among other musicians.

This is an art film that combines a set design of a common place, such as an abandoned place and the subtlety of an interpretive contemporary dance choreography, the performance is made by MN Dance Company, directed by Yong Seok Choo.

As usual, the BTS boys reacted to the video of ‘Black Swan’ and shared it through the BANGTANTV channel where the 7 members of BTS show their first impressions, comments comments the boys said that the main dancer could be the white swan and his companions were black swans.

Suga asked if the choreography had changed, to which RM replied that that choreography had been specially designed just for the video, J-Hope was excited about the interpretation and expressed that I liked how all the muscles in movement of the dancers looked , the 7 boys tried to give meaning to the video.

Jimin said that it seemed to him that the laser frame that appears in the film was like a prison of the own suffering of the main dancer, J-Hope mentioned that this was the first time they promoted in this way. Suga asked Jimin if it was that dance class that he did during his period at the dance school, to which Chim Chim replied that it was the same genre he played.

EXO: Chanyeol And His New Donation Confirm He Has A Great...

New players reveal who will cause trouble for Geralt