Home Entertainment BTS: ‘Louder Than Bombs’ And Other Songs On ARMY’s Dream Setlist 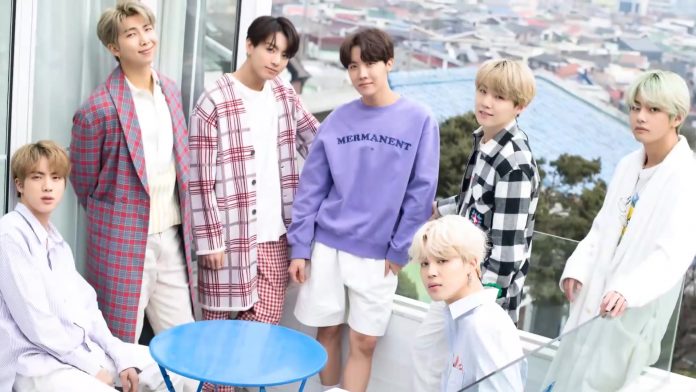 The fandom has already made the name of several songs to sing on social networks. The wait is over, this next November 27 and 28 the face-to-face concerts of BTS begin .

ARMY will once again see their favorite idols on stage after a two-year hiatus from the COVID-19 pandemic. In social networks, the fans who will have the opportunity to go to one of their four dates in Los Angeles have not stopped sharing the process. We took on the task of making a dream setlist for the fandom.

BTS has not stopped producing music since its inception and is that over the years, each of the members has tried their luck in the composition and production of their music showing that their talent is more than dancing and singing on stage. During their local and world tours, Bangtan has changed their setlist in the vast majority of their concerts and some songs have not been sung.

Let’s remember that, a few months ago, Big Hit organized a survey for ARMY about their favorite songs and about which they accompanied them in their worst and best moments. In turn, they were also asked what was the Bangtan melody that they longed to see on stage and the answer surprised South Koreans.

ARMY’s dream setlist for Permission To Dance On Stage concerts

From very early on, the name of one of the songs most anticipated by ARMY became a trend on social networks and it is that every Bangtan announces an event, the fandom does not lose hope. She was joined by several songs that we put together as our dream setlist , in addition to those already known and most sung by BTS .

ARMY‘s big favorite . This song surprised idols when they were notified that it was the song the fandom was dying to hear live. Even in one of the RUN BTS! they commented that they would consider it to sing it at some point. Could it be that BTS‘s return to the stage brings Louder Than Bombs ?

Love Yourself: Tear is one of the best Bangtan albums and contains a large number of songs. One of the most talked about by ARMY is ‘ Paradise ‘, which they seek to hear live. Recall that last August, Jungkook was shocked to see the name of this song in the comments and his reaction to remembering which song it was was epic.

ARMY knows that Black Swan is a hit that has had multiple appearances and could appear at these concerts. However, there is a version that left the fandom in love: the orchestral version. Although there is no audio as such on digital platforms, there is the performance of a dance company that managed to make the entire fandom fall in love.

Like Paradise , this song caused great laughs in ARMY when, on the same live, they asked Jungkook for it . However, the singer did not recognize the name and came to release a tender ‘Do we have a song that is called like that? a snippet to your fandom.

Although BTS has a large number of songs there are some that ARMY wants to see live like Like, who would not like to see Jungkook singing his verse? Another very popular song in networks is ‘ Look Here‘, which was sung by BTS in a video for FESTA 2021.

House of Cards, Pied Piper and 134340 are the names of other songs that ARMY is crying out for and hopefully they will sing them again one day. What other song are you hoping to hear? do not forget to comment on our social networks.

BAFTA 2021: Nomadland reinforces his favoritism at the ceremony