Home Celebrity BTS listens to Jin say that he has no friends, how did... 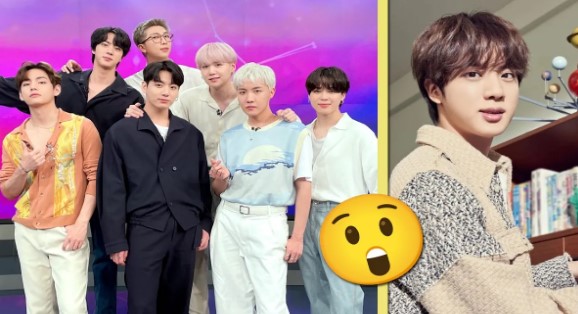 The sense of humor is always present when the members of BTS are together, so the reactions of the members of the group to Jin’s comment about their friendship could not be missing.

If you have followed BTS’s career for a long time, you surely know that before their debut they already had a strong connection, they were chasing the same dream and no one like them to understand the feelings that each one faced in the process.

The beginning of the friendship was almost inevitable, so some discussions did not prevent these idols from becoming close and that is why now we always hear them talk about the great team that they admit to having.

That is why no one expected to hear Jin say that he had no friends, however BTS reacted with his charisma and exposed the truth of the K-Pop singer’s comment.

Being without friends for a day, because I have no friends

The idol raised his eyebrow jokingly as he looked from one side to the other and then met the camera, but the reactions were immediate.

JIN ADDS FUN TO INTERVIEW BY INTRODUCING BTS AS HIS FAMILY

Given this response, all his BTS colleagues turned to see him and made comments telling him

Hey! I’ve been your friend for seven years

The Abyss singer acted as if he had just had a discovery, but explained that BTS were more than just his friends, but rather his family. Despite that, the idols did not stop joking and laughing while they were offended by what Jin said. AWW!

We recently told you that Taehyung is the BTS idol who cares most about renewing his look, as it was shown.