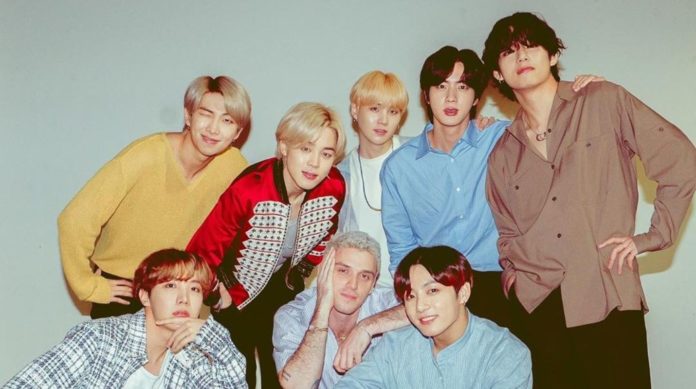 We have all the details of the second work among these great music stars. We recently informed you that Lauv had decided to include BTS in his album.

Lauv , the singer originally from the United States, is triumphing with his song ‘Tattoos Together’, which went up to his official YouTube channel, which bears his name and so far has more than 2 million views.

BTS will be working with Lauv , with whom they have collaborated in the second version of ‘Make It Right’, a song dedicated to ARMY, they fit so well that the singer of ‘Paris in the Rain’, now invited Jin, Suga, J -Hope, RM, Jimin, V and Jungkook to be part of their record material.

The album , ‘ How I´m Feeling ‘ will be released on March 6, which will have other guests such as: Troye Sivan, ANY, Sofia Reyes, Alessia Cara, Ane-Marie and BTS ; Lauv posted a photo with the 7 members of the group on his Instagram account, with the description:

“Someone was lucky enough to do these songs with @bts.bighitofficial @alessiasmusic @sofiareyes and everyone on my album, which will be on sale on March 6 # howimfeeling”

And as a gift the 8 boys have revealed the name of the song in which they will be together, ‘ WHO ‘.

Are you excited for this teamwork?

You season 2: the face of Joe’s mysterious neighbor revealed!