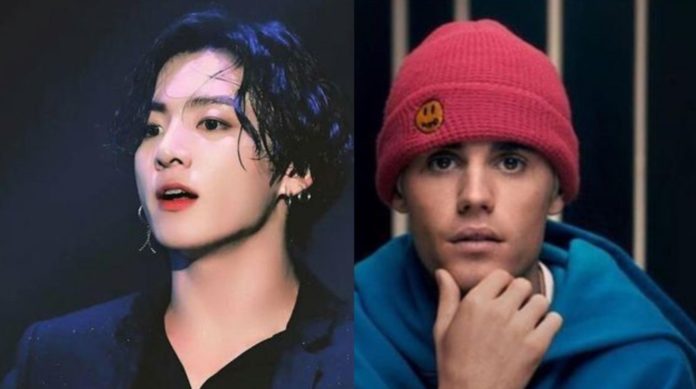 BTS is being the center of attention from its announcement of the comeback with the record material ‘Map of the Soul: 7’, fans are very excited by the advances and surprises that the group is gradually releasing.

It’s no secret that Jungkook is a fan of Justin Bieber’s music, the idol showed his support for Bieber on the BTS twitter, he decided to post a message with the Justin Bieber music video league on YouTube, his most recent single ‘Yummy ‘, launching on January 4 of this year, the video has 34 million views.

In response Justin replied with a ‘Thank you guys’, apparently Justin and BTS are very close by number 7, since a few months ago the Canadian singer tweeted a’ 7 ‘, on the cover of his single you can read’ Yummy 7 ‘, in their different versions, will they be lucky numbers?

But … How would you like a collaboration between these great figures of music?

One of the most important music producers in American music is Scooter Braun, who is apparently trying to give some clues about a possible collaboration between BTS and Justin, since he posted on his official Instagram account a capture of the moment in which Jungkook recommends ‘Yummi’, labeling Justin Bieber and BTS, in the middle of the two accounts an ‘x’, as collaborations are usually written.

They are only rumors and speculations, but can you imagine a colab between them?