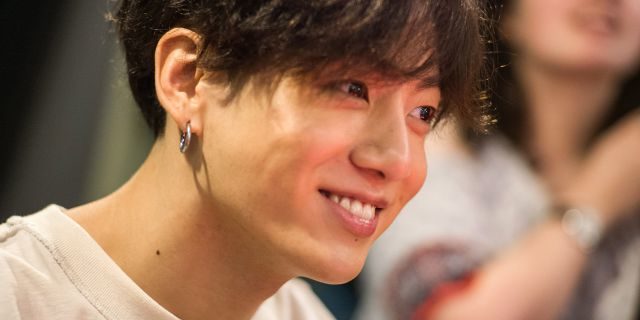 Bung’s Jungkook surprised his fans again with a new tattoo. This time, the singer chose to carry in his body a phrase from Kurt Cobain, who was the leader of the Nirvana band.

Alongside the phrase, the singer also has a tattoo of a cornice hand (fingers making the famous rock horns).

Those words belong to the song “Stay Away” by Nirvana, which is part of the Nevermind album. Do you like how it looked?

BTS: Their favorite songs to sing and dance at concerts