Home Entertainment BTS: Jungkook Now Owns The Moon Thanks To a Gift From ARMY 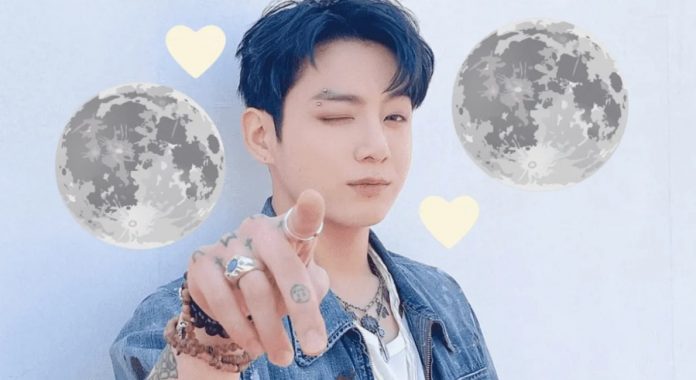 Apparently, the planet Earth was not enough for Jungkook of BTS and on his birthday he conquered the Moon.

For ARMY, there are no impossibilities when it comes to indulging their favorite K-Pop idols. On Jungkook’s birthday, a fanbase took the next step with a truly out-of-this-world gift. Will the Golden Maknae make it to the moon?

Jungkook of BTS celebrated his birthday amid signs of love from fans around the world and these 2021 expectations were exceeded special projects for the new year of life.

The K-Pop star and RM came to the streets of Mexico with the Kookiemonsterbus, donations were also made in his name, as well as gifts that had hours of organization and a lot of love behind them.

But ARMY thought that since Jungkook conquered Earth with his artistic abilities, personality, and natural charisma, why not take him to the Moon with a gift? Find out all the details below.

Singapore fanbase Jeonjungkook_SG showed off a more than an incredible gift for the Permission To Dance performer on his birthday as they bought 4,000 square feet of land on the Moon .o. How did you stay?

Now Jungkook is the legal owner of a piece of the only natural satellite of the Earth, the size of the surface is equivalent to one acre and it is located in Lake Lacus Feclicitatis, exactly at latitude 18.72ºN and longitude 5.02ºE.

The piece of Moon Jungkook takes your full name, also obtained a certificate from the company Lunar Registry, who famous for being in charge of selling acres on the Moon to anyone wishing to purchase them.

The moon land is named under “JEON JUNGKOOK” and is located at Latitude 18.72°N Longitude 5.02°E.

According to the official Lunar Registry website, the land owned by Jungkook at Lake Of Happiness could have cost $ 34.18. What do you think of the gift that inspired the Butter singer’s birthday?

In other BTS news, Jungkook celebrated his ARMY birthday and premiered a special song on VLive, do you know what his inspiration for the song was?

Sonic Comes To Minecraft as DLC – Get It For Free