Home Celebrity BTS joined the TikTok challenge “I like it”, and no one noticed... 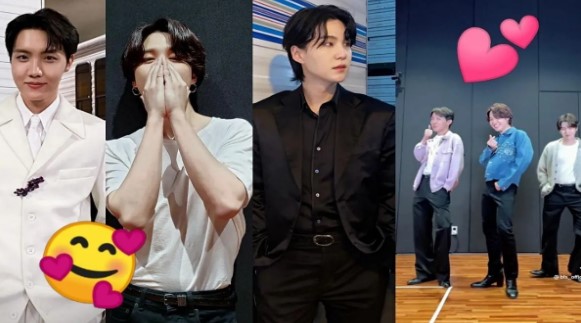 Armies around the world are wondering how they didn’t notice that BTS members joined the “Like” trend on TikTok. Because although it seems that their video was posted two days ago, they only realized it a few hours ago.

J-Hope, Jimin and Suga joined the “Like” trend on TikTok. Which contains his own song Like from the album 2 COOL 4 SKOOL. However, something in the video confused the fans, as few people realized that the video was published.

Like was released in 2013 on the album BTS 2 COOL 4 SKOOL. BTS fans around the world performed a relaxed choreography on TikTok with foot movements, and J-Hope, Jimin and Suga did not hesitate to join in the fun.

BTS is currently one of the greatest representatives of K-Pop in the world. In addition to a huge fandom, the participants do not hesitate to communicate and entertain their fans, following fashion trends.

J-Hope, Jimin and Suga joined the “Like” trend, and few people realized it

J-Hope, Jimin and Suga uploaded the video to BTS’s official TikTok account, where they joined the Like trend by performing a hilarious choreography of perfectly coordinated legs.

The three participants demonstrate excellent coordination, but at the same time they can’t help but smile a little sad, especially Suga. An action game that was loved by all ARMY and they admitted that they could not tear themselves away from watching the video.

One of the main mysteries, however, is that although the video says it was posted two days ago, many don’t understand why it took them so long to realize it was posted.

Both on Twitter and in the TikTok video, ARMIE’s comments were surprised that they didn’t notice the BTS post.

WHY DIDN’T THE ARMY NOTICE THE LAST TICKTOCK OF BTS?

Did you also not notice that BTS uploaded this video?

From other news, BTS received seven nominations at the Billboard Awards. Did you hear that?