Home Entertainment BTS: Jin With a Failed New Look And a Lot Of Fun... 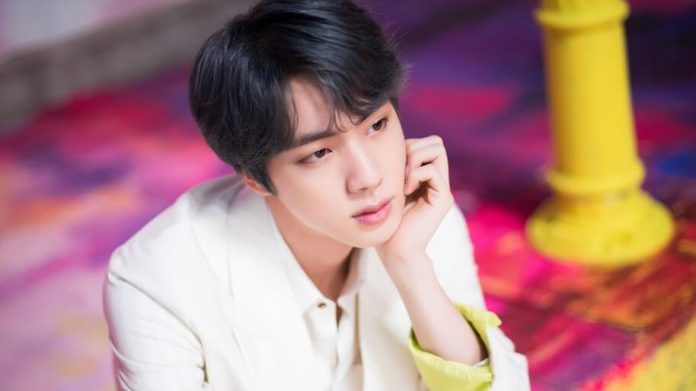 Jin decided to hang out with ARMY on VLive and left us the funniest moments. BTS’s Jin already missed ARMY and after the exclusive sleepover with some fans, he decided he wanted to spend more time with his fans and did a fun VLive where he gave us great moments, did you miss it?

The funniest and most comical side of Jin was shown during his last VLive, after the exclusive sleepover with ARMY, the BTS idol was left with more desire to continue living with his fans so he broadcast his own live.

Jin even told us what RM was doing at the time, as the Bangtan leader went to cut his hair, will he have a new look very soon? Maybe he’ll even paint his hair: 0 Jin just dumped ARMY for seeing Namjoon.

So Jin showed us his most authentic side in his latest VLive and here are some memorable moments that made us laugh out loud thanks to this incredible idol of Bangtan Sonyeondan.

Jin commented that he got a perm yesterday but it didn’t look good at all, so he would have to go fix it later; of course, you can hardly tell that his new look did not go well.

A post shared by kimseokjin my moon ☾ ☾ 💞💞 (@kimseokjin_worldwidecutie)

But the problem is fixed and Jin will look very fluffy now.

Your congratulations to Bang PD

ARMY asked him if he had already congratulated Bang PD on his birthday, but Jin had not, so he called him and the poor selir of BigHit was about to sleep, Jin grumbled at him because it was too early.

Well, since he had taken out his cell phone to call Bang PD, Jin recalled that he has a very special photo in his phone case, with someone he admires a lot and with whom the band collaborated, is it Chris Martin from Coldplay?

What a thrill! And how cute that Jin has that photo in his case, he said that V took it.

Jin was very happy at the moment in which he received the food he had ordered, it was delicious egg tarts and we could see the idol while he ate It’s good to know that he is being fed.

Sadly, Jin had to leave because it was time for his hair to be fixed, but he said goodbye to ARMY happy after spending a great time with his fans <3.

With many little hearts, he left ARMY after a very special time with his fans.

All BTS idols are changing their look, even Suga appeared with his pink hair that we all adore.