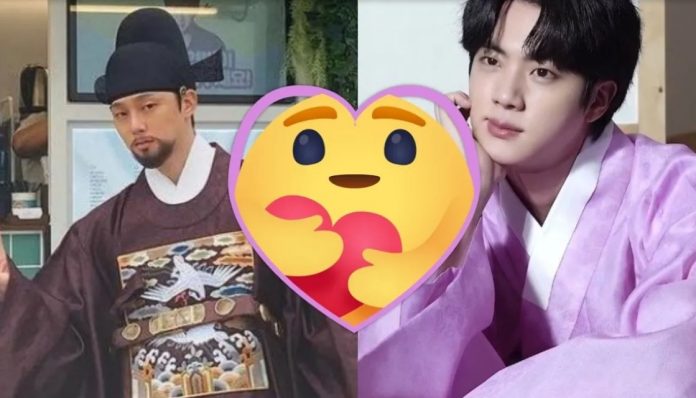 Why are Jin and Kwon Hyun Bin friends? The idol and the actor have some things in common and when they met they began to get along well as they have similar personalities , since both tend to be quiet and like to stay at home; Also Yoo Seunghoo is part of this friendship and both players broameaban to Seokjin to collaborate with them in OST of the drama ‘Memorist’.

Hyun Bin has said that many times he goes out to eat with Jin from BTS, they are even part of a group of celebrities who get together to eat and play video games, ‘Seo Eunkwang Game-Fam’ , so their friendship is more than consolidated and it is Obviously they both love each other very much and have shared great experiences.

Seokjin had great detail with his friend since Kwon Hyun Bin is filming his drama ‘The Red Sleeve Cuff’, what did the actor receive from the member of Bangtan Sonyeondan ? A detail that is always well received.

Kim Seok Jin and Yoo Seung Hoo sent a food truck to Kwon Hyun Bin to his recording set where he is working for the drama ‘The Red Sleeve Cuff’ , the actor of this upcoming drama showed off the details of his friends in his official account of Instagram with the description ‘Thank you so much hyungnims’.

The banners read the phrase ‘ Superstar Kim Seok Jin and national actor Yoo Seung Ho are cheering on the normal Kwon Hyun Bin‘, LOL, always so teasing these friends ; It is certainly a great gift since the food is always well received when you are working. More friends like that.