Home Crypto BTS: Jin becomes the most popular idol of the year on Instagram 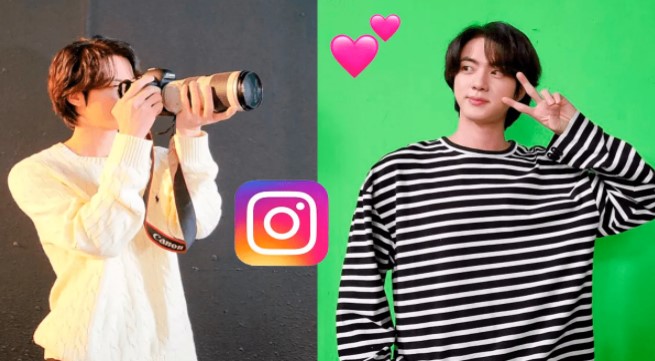 BTS is still the sensation on Instagram, but do you know who is the most popular member on the platform? Jin has shown us her impact on the social network, stay to find out how she became the most followed idol of the year.

The members of Bangtan Sonyeondan have not long joined Instagram with individual accounts. As of December 2021 they surprised ARMY by opening their official profiles. And their fans did not take a second to start following them. In this way, the members soon positioned themselves among the most followed artists on the platform.

Jin from BTS has not been left behind either. Since he opened his account in early December 2021, to date, he has gained almost 30 million followers. In his account, ARMY has been able to enjoy photos of the Worldwide Handsome on vacation and a few dishes.

During the month of January, Jin’s account gained a total of 2,813,665 million followers. And during February, the new followers were 2,038,267 million. Both times, she ranked first on the list of Korean artists, according to follower counter apps.

Even though Jin has limited post comments from her, ARMYs have shown their love for her through likes. The last photograph of him showing him with a professional camera has more than 11 million likes.

TOP 3: MOST POPULAR PHOTOS OF JIN FROM BTS ON INSTAGRAM

Jin’s most popular photos are between 13 and 16 million likes each. The third place goes to his photograph where he appears drawing the Super Tuna on a shirt, with more than 13 million likes.

Second place goes to the photo with which he opened his account on December 5, 2021. Where he appears posing with a cheerful smile and two pigtails with red bows, quite adorable. He getting more than 14 million likes.

And the undisputed first place is the photograph of him with Jungkook, where they appear posing with costumes from ancient Korea, costumes that they used for his funny cameo in Agust D’s ‘Daechwita’ music video. With more than 16 million likes.

WHO ARE THE MOST FOLLOWED MEMBERS OF BTS ON INSTAGRAM?

Would you like to know who were the most loved BTS members on Instagram during the month of January?

In other BTS news, Jungkook also proved his popularity on Instagram after trending a delicious Korean dish, would you like to try it?