Home Celebrity BTS: Jin and RM recover from COVID-19 and end their quarantine 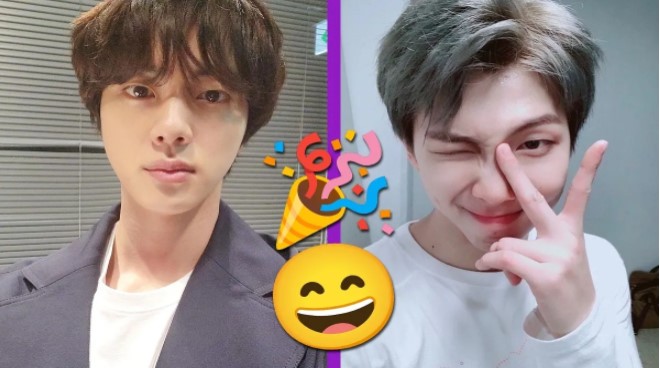 Jin and RM gave their fans great joy now that they have overcome COVID-19, we will tell you what is known about the health status of the BTS boys.

A few weeks ago, Suga, Jin and Namjoon were diagnosed as positive cases of the disease, the three idols returned to Korea after enjoying a few days of rest abroad, but as soon as that happened the boys began their isolation to ensure their well-being and that of the people around him.

It was recently revealed that Yoongi had already ended the quarantine, as she left the disease behind and fully recovered her health.

Now, BigHit has reported on how Seokjin and RM are doing, bringing good news to fans who were looking forward to her recovery.

RM AND JIN LEAVE ISOLATION, WHAT DID BIGHIT SAY?

The company’s statement was brief, but more than enough to encourage many ARMYS around the world who quickly showed up on social media, the company said:

We would like to inform you that BTS members RM and Jin have fully recovered from COVID-19 and their quarantines have ended as of today at noon.

According to their message, the singers were in treatment for 10 days, beginning on Christmas Eve, but none had symptoms beyond the slight fever that Seokjin experienced at first.

WHAT ARE THE PLANS OF JIN AND RM?

Now that the idols have finished their treatment and are fully recovered, the label that represents them musically said that they will return to their activities as normal, so now they can enjoy their extended break.

Let’s remember that Bangtan Sonyeondan put a hiatus in the boys’ schedule plans so they could enjoy a break and reunite with their families, so we won’t see them returning to the stage and promotions yet.

Also, we told you that recently a controversy broke out over the high cost of BTS’s new merch and Jin reacted to the prices, how expensive were the items?

Stassi Schroeder reveals the chronology of his cancellation in a new...