Home Celebrity BTS and Jimmy Fallon Will Prepare Many Surprises 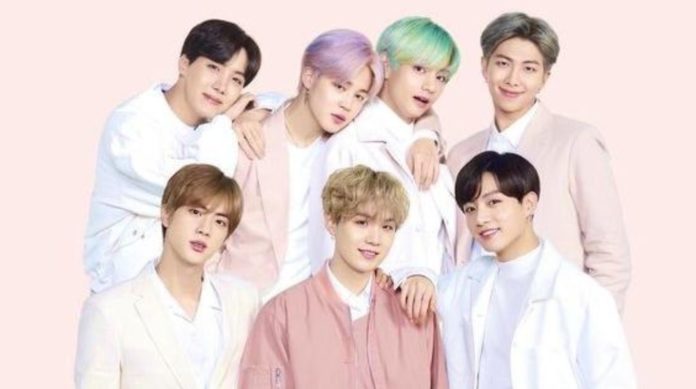 What are the things that the Bangtan Boys will be up to for the Jimmy Fallon show? Don’t miss the details.

Jimmy Fallon has announced through his live show, ‘ The Tonight Show ‘, that the BTS guys will be invited to have a good time full of fun, comedy and music.

Through social networks the presenter explained one of the dynamics that include the participation of ARMY , with the hashtag # FallonAsksBTS , fans can send a question that they want to ask the band of 7 boys, as their favorite food in the United States, their Special clothing designer or anything they want to know.

This presentation of BTS in the program is creating a lot of expectation, since, this is not the first time that the group, led by RM , was presented as guests with Fallon.

But … What that’s what fans can expect from J in, Suga, J-Hope, RM, Jimin, V and Jungkook one of the shows most watched American television?

Keep tweeting us your questions for @BTS_twt using #FallonAsksBTS! pic.twitter.com/EZ6vp6iENs

Well, the dynamics can not be missing, the games and the interview that the presenter has as characteristics in his program, but, it is said that now Jimmy , along with the BTS boys will go out, with cameras and surprise some fans, Can you imagine it? Wow.

It is also estimated that BTS will be doing some special performance of some of the 3 songs that are part of the album that they will officially release on February 21, ‘ Map of the Soul: 7 ‘.

What do you think song BTS performer in the show of Fallon ?