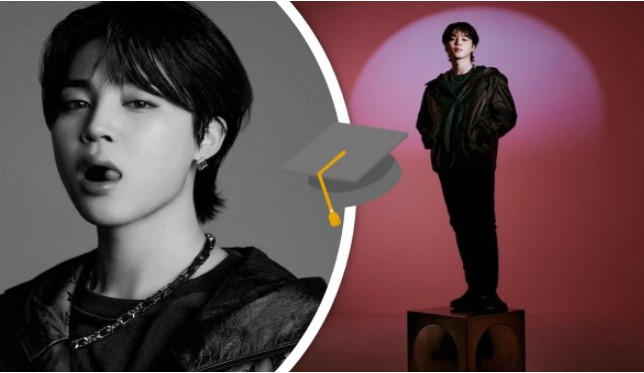 Jimin came from Busan to Seoul to prepare as a trainee and finally debut as a part of BTS, but before this, he had a lot of support at his high school, Busan High School Of Arts, where he is honorably recognized.

BTS is a group full of talented boys who have worked hard since before their debut to show the best of themselves to the public, this is how they have managed to conquer millions of fans around the world who do not stop supporting and loving BTS. idol group.

One of its members is Park Jimin, a boy who lived in Busan and from high school became interested in the world of dance, he wanted to become a dancer and live from it, although it was not what his parents wanted for him, the teachers from his school helped him to convince them.

That’s how after auditioning, Jimin entered BigHit Entertainment and started polishing all his talents to be a part of Bangtan Sonyeondan; With his debut, he not only made his family proud, but also his school and his hometown, which always show him great support.

Jimin studied at Busan High School Of Arts, where he is being given a very special diploma to recognize an artist who was part of his classroom.

The high school where Jimin from BTS studied, Busan High School Of Arts, awarded the idol an honorable diploma due to his great contribution to the school; This is a special recognition because Mochi has not only given great pride to the institution.

Bangtan member Sonyeondan has also donated numerous times to the school, earning him this diploma which is equivalent to a Ph.D. or Master’s degree.

This is how the Busan High School Of Arts gave Jimin an Honoris Causa thanks to his contribution to the school and to the culture in general with the work of the idol.

JIMIN WAS AN EXCELLENT STUDENT AT BUSAN HIGH SCHOOL OF ARTS

Jimin was always a great student and was at the top of his class, he was someone very dedicated to study; Even when he went to Seoul, he continued to study and lead his life as a trainee, Mochi’s great effort deserves great recognition.

Jimin is a great example for fans of him and all the students of Busan High School Of Arts with his time as a student and today.

In other BTS news, Jungkook released a new cover that ARMY loved, this was his version of ‘Chilly, Windy Night in 1991’.

Ikea is inspired by Xbox Series X for their stores!