Home Celebrity BTS: Jimin and Jungkook met up with friends for ‘White Day’ 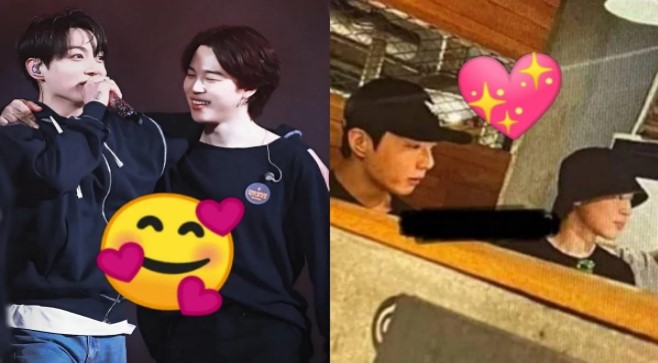 ‘White Day’ is one of the Korean celebrations that many idols like to enjoy. For this reason, some of the members of Bangtan Sonyeondan did not miss the opportunity to go out and have some fun, now that their schedule is a little freer.

BTS’s Jimin and Jungkook were recently spotted at a restaurant with some non-celebrity friends. This happened during the ‘White Day’ celebrations in South Korea.

The members of the South Korean group successfully ended the “Permission to Dance on Stage in Seoul” concert series. Now that their agenda is a little more relaxed, they took the opportunity to go out and rest for a while with friends.

JIMIN AND JUNGKOOK WERE SEEN ON ‘WHITE DAY’

The excitement of BTS fans increased when seeing the boys reunited outside of their working hours. On that occasion, eating in a restaurant with friends who were not celebrities. Some fan noticed their presence at a table near theirs and did not miss the opportunity to take a picture of them after recognizing them.

Jimin and Jungkook have shown on several occasions to enjoy each other’s company, as they often go to different places together, be it from going out to eat to getting tattoos together.

WHAT IS ‘WHITE DAY’ IN SOUTH KOREA?

‘White Day’ is a South Korean celebration that could be taken as a continuation of Valentine’s Day. It is celebrated on March 14 and in this celebration, men usually give gifts to women who gave them gifts on February 14. This occasion is used by some men to respond to declarations of love they received on Valentine’s Day.

BTS’s participation in the 2022 GRAMMYs was recently announced. Here’s what you should know about their new appearance.

Jennie and Rosé closely support Jisoo and her performance in Snowdrop