Home Celebrity BTS: J-Hope reveals what is the greatest charm of each member 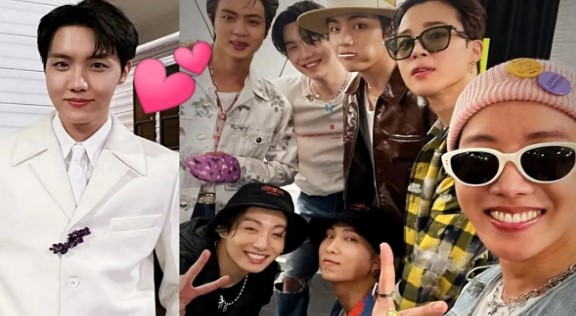 The members of Bangtan Sonyeondan are full of charms and qualities, which has caused millions of fans around the world to faithfully follow the group. J-Hope is also no stranger to those characteristics that make each of his companions unique and shared with ARMY which, for him, are the charms that best describe BTS.

J-Hope was in charge of describing what is the main charm that defines each of his BTS companions and his answers fascinated and fell in love with ARMY, who could not agree more with the words of the idol.

The members of BTS have always shown the great friendship, affection and respect they have for each other. Although from time to time they can spend all kinds of jokes, this also represents the great trust they have between them.

For this reason, J-Hope is aware of each of the charms of his companions and as soon as they asked him, he did not hesitate to describe which, from his point of view, are the best charms and qualities of his companions. . Do you want to know what he said?

BTS MEMBERS HAVE VARIOUS CHARMS, WHICH ONE BEST DESCRIBES THEM ACCORDING TO J-HOPE?

On an episode of Japan Fanclub where J-Hope was a guest, he was asked if he could describe the charm of each of his fellow BTS members in one word. Although for some he could not say just one word, the rapper made sure to mention each one.

For J-Hope, the leader of BTS has unexpected charms. Although he didn’t go into detail about each of these unexpected charms, ARMYs are aware of how smart and trustworthy RM really is and wonder if any of these charms meant.

In Suga’s case, J-Hope described him as someone who is very cute/cute. Even though the rapper can come across as quite serious at times, for J-Hope there is no better way to describe him as cute.

Jin’s biggest charm is that he’s professional, that’s how J-Hope described him. Referring to all the effort and work that the ‘Worldwide Handsome’ makes in the group. Without a doubt, an important quality in life.

J-Hope assured that Jimin is like a cat, the idol assured that this is the charm of the singer. And cats can be very adorable, like Jimin. Do you think J-Hope got his description right?

In the case of Jungkook, J-Hope mentioned that he is like a ball that bounces in all directions and you don’t know where he will jump. Without a doubt, a charm worthy of the maknae of the group.

Finally, J-Hope mentioned that Taehyung is like a teddy bear, in addition to being the emoji that characterizes him. The idol mentioned that his partner is like a doll. Did J-Hope get the descriptions of him right?

WHAT DOES J-HOPE CONSIDER TO BE HIS MAIN CHARM?

Although J-Hope made sure to mention the descriptions of each member of BTS, the interpreter of Chicken Noodle Soup forgot to mention what was the main charm that he has. So it will be the ARMY’s decision to define what J-Hope’s main charm is. Which do you think he describes best?

In other news, J-Hope talked about all sides of him in the Proof of Inspiration teaser, have you seen it yet?