Home Celebrity BTS is the king of Twitter 2021 globally, how did they achieve... 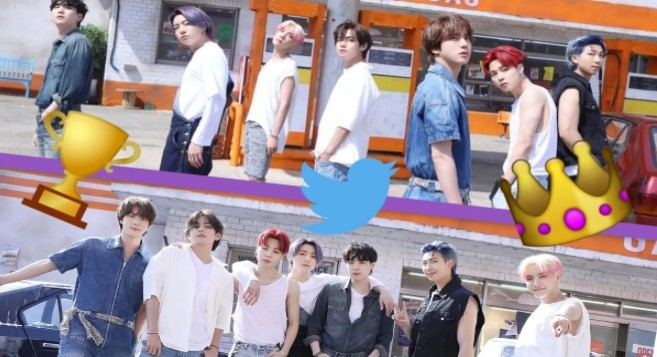 Bangtan Sonyeondan is a very popular group around the world and their statistics on social networks prove them as well as they demonstrated their dominance on Twitter.

With a gigantic fandom that spreads globally, BTS has managed to demonstrate its great dominance within the music industry around the world, being widely recognized thanks to the talents, work and effort of the idols who are part of the boy band. .

Through the years we have witnessed the exponential growth of Bangtan Sonyeondan, everywhere there is talk of these skilled artists who attract attention thanks to their music and live performances that leave millions totally impacted by the K-Pop group. .

This is why we see many social networks flooded with different publications about Bangtan, millions of fans who are dedicated to mentioning their favorite group in every post they share through platforms such as Instagram or Facebook, for example.

Although on Twitter the voice of ARMY is heard louder and this is how they managed to make BTS reign in this social network throughout 2021, thus they demonstrate more of their dominance and great popularity.

According to Twitter statistics, the official BTS hashtag in this social network was the most used during 2021, this was internationally, since it was trending in many countries around the world, showing that ARMY really spreads in hundreds of countries.

#BTS was used by millions of fans, being number one on this platform used to share all kinds of content, we found photos, videos, information and much more about the boy band thanks to all their fans and mentions.

The great support of ARMY is always visible in these types of statistics that allow us to see how BTS fans are present on every platform to show their love for the group.

Twitter also revealed that the photo of Jungkook of BTS blowing a kiss was the second tweet with the most likes during 2021, everyone loved this selca of the idol and they could not stop filling it with love within the platform.

This is how the BTS idols were crowned on Twitter, a social network that was filled with the group at all times, thanks to ARMY and all his work during the year.

In other BTS news, J-Hope raised a lot of awareness with one of his posts on Instagram, he knows more about the cause the idol is supporting.

Khloe Kardashian splendid: she poses with Scott Disick on Instagram!