Home Celebrity BTS is the best-selling artist globally for the second year in a... 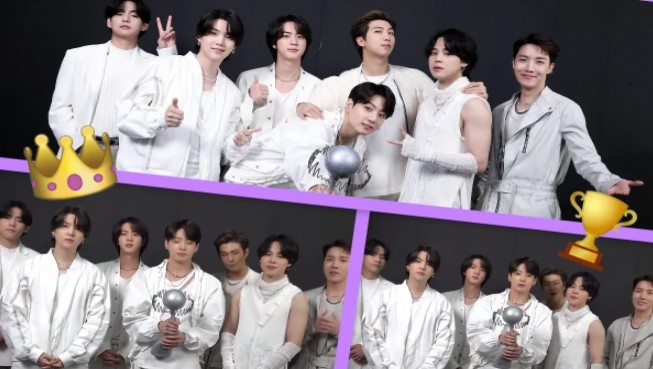 All over the planet we can find BTS fans who never fail to support this great idol group that today achieves a new record, as it has been recognized by the International Federation of the Phonographic Industry thanks to its great international sales.

BTS is a great reference for K-Pop and Korean culture, this group has gained a lot of fame and popularity worldwide, there is no doubt that it is one of the groups with the most fans and that the boy band has conquered the public with their various songs and presentations.

This is why we can find the name of Bangtan Sonyeondan in endless awards from around the world, idols have received all kinds of awards both in Korea and in other countries, examples of these are the United States, Brazil, Japan, among others. many others more.

In many ways we can realize the impact that Bangtan has on the music industry, with its listening on different platforms such as Spotify or iTunes, or its physical sales that never disappoint, since ARMY from all over the world does not hesitate to continue being the great support of the idol group.

This time, BTS is recognized by the International Federation of the Phonographic Industry thanks to all the love and support from their fans on their 2021 releases.

The IFPI is the International Federation of the Phonographic Industry that year after year is in charge of recognizing artists according to their international sales, for its 2021 edition, BTS took first place in its top of Artists of the Year, giving it the group the grand prize for the second consecutive year.

In addition, it is the first time that an artist has won this grand prize twice in a row, representing an amazing record for the K-Pop group.

IFPI gave Bangtan Sonyeondan the Global Recording Artist of the Year Award and the idol group thanked the institution and ARMY for their love and support, as well as telling everyone to stay tuned and spend 2022 together with BTS.

THE HISTORY OF BTS AND IFPI

Here we leave you the history of BTS in the IFPI, in the past years, the K-Pop group has already been in the top, but in different positions:

Grey’s Anatomy: 5 most realistic scenes in the series!