Home Entertainment BTS is ready for the GRAMMY! Reveal spoilers of their presentation 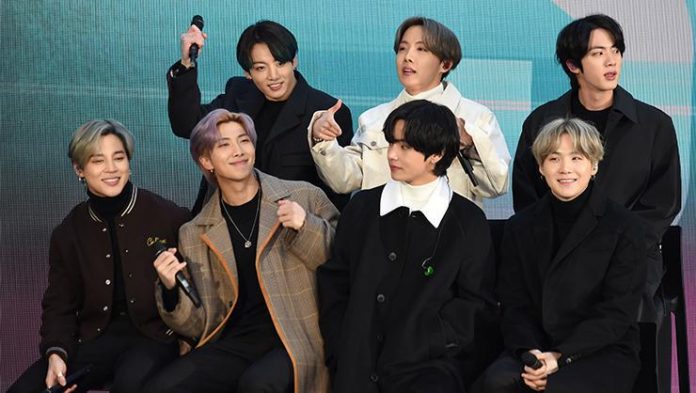 ARMY is counting the days to know the performance that BTS prepared for the Recording Academy party this Sunday.

BTS is set to perform at the 63rd GRAMMY 2021. The idols have already recorded their performance that will air next Sunday, March 14.

The K-pop group from the agency BigHit is about to fulfill another of their musical dreams, their career has exploded thanks to the support of ARMY, their talent and the millions of sales and reproductions of their songs. Dynamite could be their entry into Korean music history if they manage to win the Best Duo or Group Performance award .

Through Korean media and online communities, it was revealed that BTS and recorded their performance for GRAMMY, or they may have done some rehearsals for their 2021 GRAMMY performance. The K-pop group will be the first idols to participate in the most important ceremony in music.

In 2020 they did it thanks to a remix of Lil Nas X with “Old Town Road”, they walked the red carpet and dreamed of having their chance. A year later they succeeded and ARMY is counting down the days to see them meet another of their goals.

THIS WILL BE THE BTS SHOW AT THE GRAMMY

According to early reports, the K-pop group filmed at a building in the Yeouido district. Thanks to the first spoilers, images of a circular stage were shared, which coincides with the GRAMMY format , since the artists will be on different stages at the same time from the main venue and through their links to other parts of the world.

The platform used by BTS shows its official logo in white letters and with a black background. The recordings are said to have been completed, but there is a possibility that they were also rehearsing for Sunday night. On their plans once the day comes , BTS joked about doing their fanchant and official salute as“BT-BT- BTS” and “Bangtan BangBangtan”.

If they were to be GRAMMY winners , the boys expressed their desire to place the trophy at home and have several replicas to place in the company and in the home of their entire family. The 63rd GRAMMY Awards are airing Sunday, March 14, 2021, on CBS.

In addition to experiencing their first official GRAMMY performance and possibly winning their first GRAMMY trophy, the boys will receive a special gift.

Marvel revealed the first look at the night werewolf on Halloween