Home Celebrity BTS is one of the most listened to artists on Spotify this... 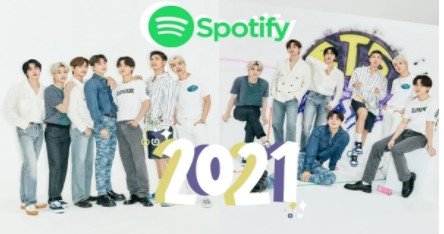 BTS shows its weight in the music industry with the number of reproductions on Spotify throughout 2021, this with its most popular songs, but also with its extensive discography.

Bangtan Sonyeondan has become one of the most important K-Pop groups in the music industry and the phenomenon they represent can be measured thanks to their records, awards, recognitions and streams on music platforms.

In data from Spotify, in just 2021 BTS has accumulated 8 billion streams, being the first K-Pop band to add that amount of listeners in the app, not only with their singles in English, but also with their discography.

Now, Bangtan Boys is one of the artists that lead the list of singers and rappers of all genres that arouse interest among the millions of Spotify users, what was the song of the band that you listened the most this 2021?

BTS already rubs shoulders with great and important figures in the music industry at award shows, but they also coincide in the rankings of the most successful talented stars of the year on Spotify. : 0

Big Hit’s boy band appears on the list of artists who have won 8 billion streams on Spotify in all of 2021 where the names of other musical icons such as Drake, Bad Bunny and singer Taylor Swift shine.

In other BTS news that an ARMY can’t be missed… Our Beloved Summer: All about the drama where V will have an OST. <3

Billie Eilish Named “Hitmaker of the Year” and BTS Group of...