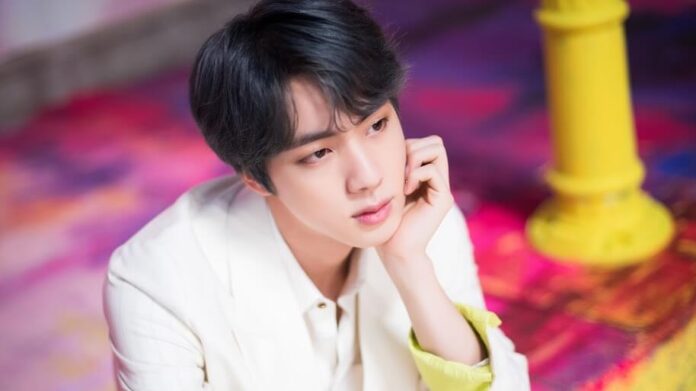 Jin, the biggest member of BTS is nicknamed “Worldwide Handsome,” and fans are hoping that he will soon be considered one of the most handsome men on the planet.

Today, the hashtag #KimSeokJim became a trend on Twitter. One of the factors that made the idol a trend in the social network is the support of ARMY to call themselves “Worldwide Handsome”, becoming the Most Handsome Man of Top Beauty (TB) World 2020.

Yes, Jin became one of the BTS members who was nominated for the Most Handsome Man 2020 TB World. ARMY believes that he deserves to win the title because visually he is so beautiful, even when he sleeps, laughs, eats or gets angry. The idol always looks spectacular.

Thousands of ARMY members supporting Jin quickly took to Twitter to express their support for the eldest member of the BangTan Boys for his outstanding nomination.

According to the Gaya Journal, thousands of social media users voted for Seokjin to be nominated as one of the most beautiful men on the planet.

One fan wrote: “Wow, the most beautiful person in the galaxy is nominated on earth! Vote #KimSeokjin for the most handsome man of 2020 # Tbworld2020”.

If you are a fan of BTS you will know that South Korean idols constantly renew their looks according to the theme of their music and their personality, something that ARMY loves.

And in the case of Jin, he has always looked amazing with all the styles he has tried. It doesn’t matter if it’s like flashy colored hair, or if you have a very serious outfit. The artist looks magnificent.

But his beauty is not only measured by his physique, but also by the great human being he is. With an adorable and fun personality. Being the oldest member of BTS, he usually advises and is “the older brother” of the rest of the members.

Although as we have revealed , Seokjin will have to separate from Big Hit’s group for a while, to fulfill his mandatory military service. Fans will wait as long as it takes to hear him sing and see him dance again. Do you think Jin can win this competition and be officially manned the most handsome?