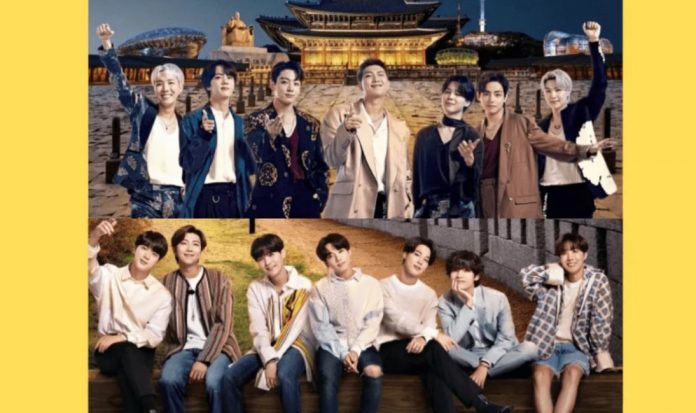 BTS joins the government of Seoul in South Korea for an exciting campaign inviting ARMY and the general public to visit the capital city with the phrase Eogi Youngcha, what does it mean and what are the surprises of ‘Your Seoul Goes On’?

One more year, Jin, Suga, J-Hope, RM, Jimin, V, and Jungkook are the faces that invite tourists to get to know South Korea up close, learning more about its culture and traditions, but what is the new concept? from ‘ Your Seoul Goes On ‘?

‘Your Seoul Goes On’ is the new name of the campaign starring BTS aimed at encouraging more local and international people to prepare their bags, tickets, and best looks to visit Seoul, the vibrant capital of Korea. Let’s go!

For days now, the first promotional images of the ‘Permission To Dance’ singers and rappers for ‘Your Seoul Goes On’ were released, in which they appeared next to monuments and tourist attractions.

Now, an exciting clip of the campaign inspired by the theme ‘ Life Goes On‘ has been shared, as a way of telling the world that despite the global situation, Seoul does not stop at nothing and neither do the members of BTS. Wow!

BTS’S ‘YOUR SEOUL GOES ON’ CAMPAIGN TAKES OVER SOCIAL MEDIA

On the VisitSeoul TV channel you can enjoy a clip with BTS idols in different stages of the city and others in the forest, also games of colored lights that accentuate the richness of the Asian country and the beauty of the artists .

The entire clip of 1 minute and 34 seconds was enlivened by a song in which the phrase Eogi Youngcha plays an important role, but what is its meaning? It is equivalent to the expression in English yo-heave-ho, which in Spanish would be a cry of emotion or that unites a group of people.

The video of ‘ Your Seoul Goes On ‘ accumulates 3.6 million views in less than 10 hours, being the # 9 place in YouTube trends, in addition to registering 431 thousand likes and 16 thousand messages in the comment box.

Seoul Tourism and Seoul City will publish new photos, videos, and other BTS content for the campaign, including behind-the-scenes of all these posts. What do you think of the Big Hit Entertainment band’s title as Seoul Ambassadors?

Buffy vs Angel: Who had the best killer puppet episode?