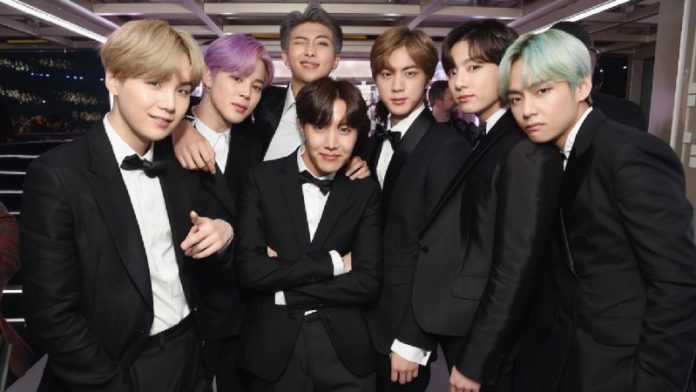 South Koreans will perform in various countries of the world.
The popular BTS group has revolutionized pop culture in recent years, as it is no secret to anyone who popularized the K-pop genre in Latin America, which is originally from South Korea.

The band formed by Jin, Suga, J-Hope, RM, Jimin, V and Jungkook have announced an important tour of several continents that has the “ARMY” (name adopted by fans) happy for the news.

The international tour plans to visit 17 countries in Europe, Asia and America, among the cities of the latter are: Seoul, Los Angeles, Toronto, New Yersey, Atlanta.

On the European continent they will attend Berlin, London, Barcelona. It was learned that they have two secret concerts on June 13 and 14 that are suspected of being made in Latin America.

The rumor that South Koreans will apparently make a presentation at the Grammys 2020 Awards has dissipated, it started on networks but intensified due to the photos the group has on their Instagram account, in which they seem to be rehearsing a show, the what could be your tour or a presentation at the awards.

Rapper Lil Nas told Variety magazine that the group’s leader, RM, will sing along with him and Billy Ray Cyrus and Diplo, the song they will sing will be “Old Town Road”, of which one the member of BTS is collaborator.

Although the presentation does not include the 7 singers , they will most likely make an appearance at the important red carpet and give their fans and the press what they love so much, a little of them.

Why Did Sheldon and Amy Get Chakra Wand?