Home Entertainment BTS In The Soop Getting Ready For Season 3? The Excitement Increases 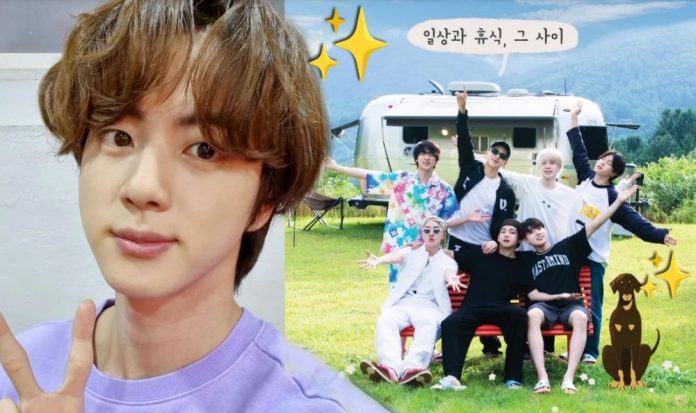 Recently the band BTS premiered In The Soop 2, we tell you why there are rumors of another season. BTS fans have gotten away with various emotions in a very short time and it’s all thanks to Jin, how did the singer surprise ARMY? Here we tell you the details.

Seokjin was very active on social media, to begin with he made his fans happy with a collection of selfies that stole sighs, as well as a photograph showing the guitar that Chris Martin gave him placed next to his giant RJ . But that would be just the beginning of great joy for the fans.

The singer of BTS also responded to several publications in Weverse so many lucky might have a special interaction with Jin while all had fun and it was so the idol raised suspicions about In The Soop .

JIN WANTS IN THE SOOP 3 TO BE RELEASED

Although the band of K-Pop in Hybe just released the second season of the reality show under the name of In The Soop there is already someone really excited to enjoy the third party and is just Jin.

The idol responded to the show’s post announcing a new episode but did so by requesting the third season .

DOES JIN GIVE SPOILERS FOR IN THE SOOP? RUMORS GROW

This is not the first time that the interpreter has released comments of this type, because only during the month of September he also left a message asking for In The Soop 3 to be published , is it a spoiler?

Although many fans consider that this could be a sign that the next season is already in the planning, others consider that Jin’s excitement may simply be the result of how well he had a good time with BTS filming the episodes we currently see, but the hope remains in the face of new surprises that may be yet to come.