Home Entertainment BTS IN THE SOOP 2: When Does The Second Season Premiere 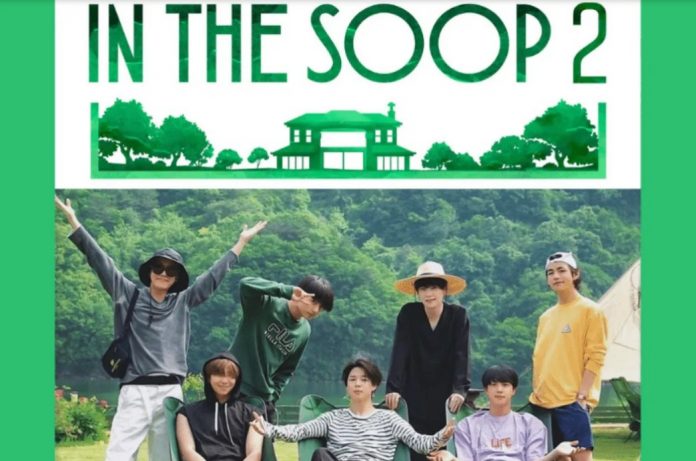 The members of Bangtan Sonyeondan will be returning to the forest with all their energy to give ARMY the best season of IN THE SOOP.

When does season 2 of IN THE SOOP premiere? The BTS series that showed its warmer and more intimate side will return with a new installment in which the GRAMMY nominees will share more of them with us.

In 2020, rumors of a new BTS series emerged, later it was revealed that the boys would premiere IN THE SOOP, which took them to a cabin in the woods, away from the noise of the city, and breathed fresh air.

Despite the fact that the RM-led boy band has other series of games, travels, and more in its history, BTS IN THE SOOP became one of ARMY’s favorites because they met new facets of the members, as well as their laid-back demeanor.

With the success of the 8 episodes of 60 minutes each, IN THE SOOP 1 left viewers with a great taste in their mouths, in the middle of 2021 the second season of the series will take over your heart and attention. When will it be released?

WHEN DOES THE SECOND SEASON OF BTS IN THE SOOP PREMIERE? ALL ABOUT THE SERIES

Through the official Twitter account of @INTHESOOP_TV, the official logo of the new season of the series was revealed, it also has different shades of green with the name of BTS, the home where they lived during the first installment appeared.

The photo of the second season of IN THE SOOP featured details such as the vegetation between radiant trees and even a cute number 2 that stood out for its intensity. According to the Psychology of Color, this means hope, tranquility and is related to nature.

In the description of the post announcing the new project of BTS, adding that the series will have a worldwide release in October this year, although the official date was not disclosed, the news left ARMY on the floor.

New details of IN THE SOOP 2 are expected to be revealed in the next few days, but you still have time to see the first version so that at launch you will be up to date with the occurrences of Jin, Suga, J-Hope, RM, Jimin, V, and Jungkook. YAY!

Jungkook’s birthday is a trending topic in social networks, no wonder because the BTS star has received the Moon as a gift.