Home Celebrity BTS in Escape 2021, the YouTube compilation with the best of the... 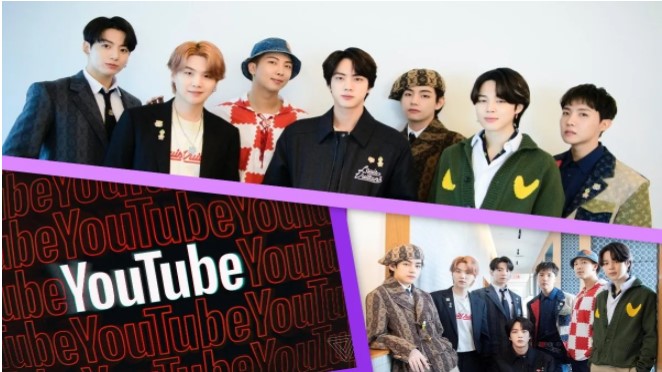 Bangtan Sonyeondan’s great impact, records and triumphs on YouTube will be recognized in ‘Escape 2021’, which will be like this year’s Rewind only even more special.

The performance of BTS on various Internet platforms is amazing, thanks to its millions of fans around the world, this K-Pop group has broken all kinds of records on many of the web pages that we usually visit or use frequently.

On YouTube, for example, Bangtan Sonyeondan has had a permanent reign thanks to the millions of views that each of its videos achieves, the presence of ARMY is visible in each premiere of the boy band, in addition to the streaming of fans it never stops.

Clearly, YouTube is one of the most used platforms to see Bangtan idols and where they are widely recognized, in addition, the band also collaborated with this page to promote their new ‘shorts’ feature with the ‘Permission To Dance Challenge’ .

This is why YT will not stop recognizing BTS as one of the best phenomena of 2021 and they will be part of a new event that will replace the well-known ‘Rewind’ of this year.

YouTube prepared a new event called Escape 2021 that will bring together the best that had great relevance on the platform throughout the year, it will be a 24-hour broadcast; dearly, BTS could not miss and will be part of this great compilation of artists, challenges and others.

Users will be able to interact through chat and with other challenges that will be imposed to celebrate the year on YouTube.

YouTube Escape 2021 will take place on December 16 at 2 PM South Korean time, the broadcast will last all day, it is expected that individual schedules will be revealed to know exactly what time each person will perform.

It should be noted that it will be pre-recorded performances, so even though Bangtan is on vacation, the idols will appear at the event.

V talks about his depression and how BTS helped him get...