Home Entertainment BTS in a Historical Drama? This Is What The Characterized Idols Would... 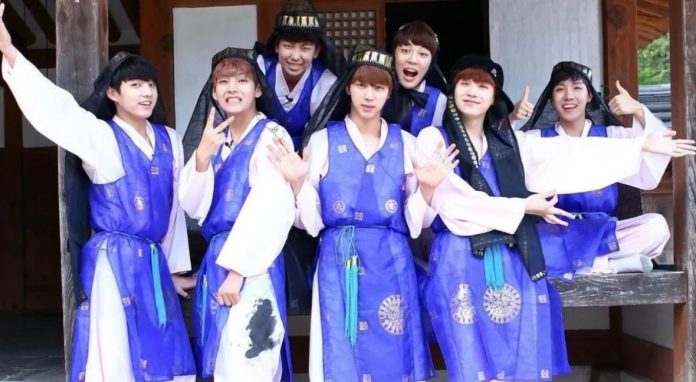 There are idols who are actors and show us their talents in more than one discipline, acting is something that many K-Pop artists are interested in and want to try some; V of BTS ever having made a special participation in the drama ‘Hwarang: The Poet Warrior Youth’, delighting ARMY and leaving fans wanting more dramas with Bangtan.

So it would be amazing if the Bangtan Boys appeared in a K-Drama, they would surely play their role in the best way and we would end up loving their character, what genre would the drama be? Romance, fantasy, action, comedy, there are thousands of options that idols could try and that their fans would love.

And for fans of doramas and K-Pop, it would be even cooler to see their favorite idols in the South Korean series and for that reason, they have set their imaginations soaring and with some edits, they show us how we could see our favorite idols performing for a series.

WHAT WOULD BTS LOOK LIKE ACTING IN A HISTORICAL DRAMA?

With the help of an app, a Bangtan Sonyeondan fan managed to place the idols’ cute faces on some models so that we could see how they would look acting for a historical drama and the results are impressive, they would all look incredibly handsome with long hair and their outfits according to the time.

They even added Bang PD in edit: 0.

Would you like to see BTS idols act in a historical drama? It would be amazing to see them in their role as actors and show more of their talents, they would surely be very successful on South Korean television as well.

Peaky Blinders Season 6: Premiere of the first episode will feature...