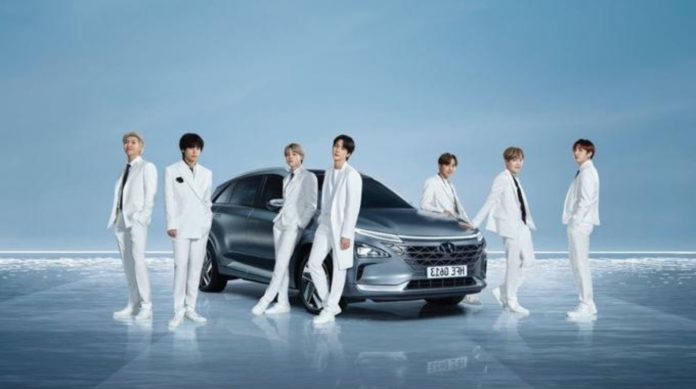 BTS and Hyundai Prepare a Mysterious Project. The release will be the same day as the premiere of Map of the Soul: 7.

The popularity of the BTS boys grows every day throughout the world, it is no surprise that different brands want their products to be promoted by the artists of the moment and also that they do not seek to establish links so that they are part of the advertising campaigns that They plan to launch.

This does not bother the fans at all, on the contrary. The pride of seeing how your favorite idols become ambassadors of companies with global reach is magnificent. Hyundai is one of those brands that has established a direct agreement with Big Hit and, particularly with BTS . The car company has accounts in special social networks for different countries where it has been established, however it also has a user under hyundai.lifestyle , where in addition to a few other things, it has mainly shown BTS as the image that accompanies its cars.

The profile has videos of the boys driving or simply posing with elegance. It has been more than a year since the first BTS photograph was posted by Hyundai lifestyle , however recently it has surprised ARMY by announcing that BTS will be the brand’s global ambassador once again . So this year we will have more material from the boys next to the cars.

He also announced that they will place a large promotional in Times Square, just as they previously did in London . The revelation of this announcement coincides with the release date of the boys , so we know that it will be a success gathering a large number of people to see it. This would show what the brand has called ‘the new history of Hyundai with BTS’ . Without giving many details about it, Hyundai lifestyle mentioned a 1-hour show to be held in this same location and did so while sharing photographs of Jin, V and Jungkook with the phrase ‘Because of you’. What will this phrase mean for the story of the boys and Hyundai?

Without a doubt , February 21 will be a very special day for the boys of Bangtan and for ARMY, we cannot wait to see all the surprises they have prepared.