Home Entertainment BTS: How Will Suga Look When He Gets Married? He Will Be... 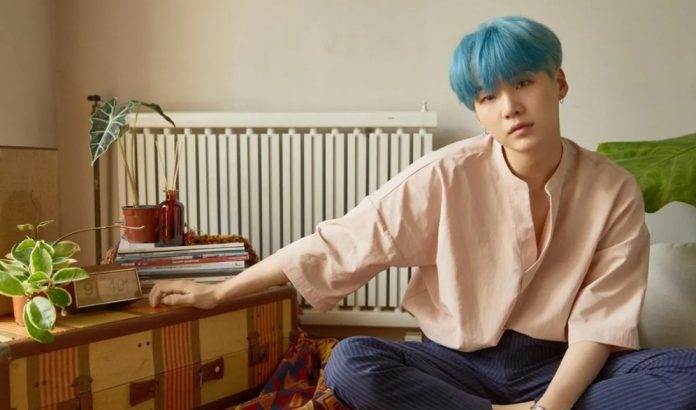 Some photos of BTS can take us to the future, what would Suga look like at his wedding? Have you imagined BTS in the future? Succeeding even more in music, becoming parents, and more … what would your wedding be like? Perhaps you might be surprised by the cute image of Suga as a boyfriend waiting at the altar.

The idols of BTS have conquered the world with their music , the talents of each of them shine on stage and let us see their personalities as well, something that ends up captivating the hearts of the fans ; ARMY never stops supporting, loving and admiring their favorite idols .

ARMY surely wants a future full of their idols, with more music, concerts , memories, and moments that remain forever in their mind, memories that are tattooed in the history of music as well; Although maybe one day we will also see the members of Bangtan Sonyeondan doing other things in their lives.

It does not mean that these days they are going to do it, but in the future , they could find someone, fall in love , get married , have children, and more, have you ever imagined it?

HOW WOULD SUGA LOOK LIKE ON HIS WEDDING DAY?

ARMY never stop imagining new situations idols and this time found a few photos very tender we show how it would Suga on the day of their wedding , an important moment in the life of the idol and very beautiful for its history.

With a beautiful suit and flowers, he would be the cutest groom in the whole world, waiting for his bride at the altar to get married, Yoongi looks very tender and now we can’t stop thinking about what his wedding would be like and that is a black suit it has always looked good on this idol.

Accompanied by a white shirt, the idol looks like a businessman , but it also reminds us of the typical suit of a groom at his wedding .

Surely, biased Yoongi will not be able to stop dreaming of a beautiful wedding with this idol.

Yoongi in black suit is my aesthetic#SUGA #슈가 #BTS #방탄소년단
📷: HONEY BUBBLE | Do not edit. pic.twitter.com/br3LpL84l2

But there is still a long way to go for that day, for now, Suga continues to show us all his talents and skills on stage with his fellow Bangtan members and there will be much more music by this talented rapper in the future, without hesitation.

In other BTS news , Jungkook showed ARMY how much he loves them, the affection of the fans is reciprocated by their favorite idol.

Jungkook becomes his own stylist and changes his look

Friends: The Reasons Why The Show Is Being Censored On Chinese...