Home Celebrity BTS: How much money does each member make? 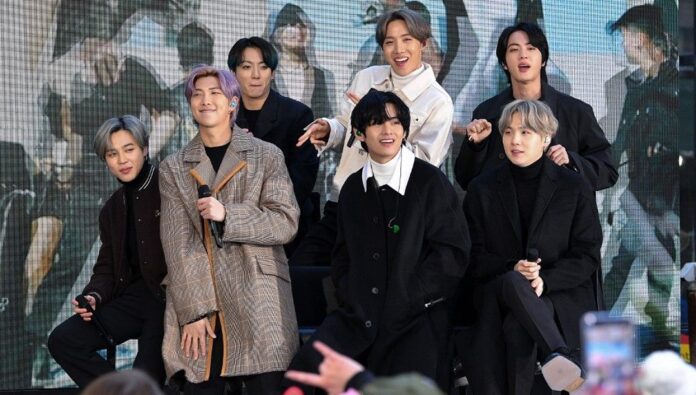 As it goes, each individual member of a K-Pop group can make more or less money than the other members. Overall, BTS grosses about $40-50 million all together. It’s hard to find their individual salaries when they all have projects of their own they are all doing and most K-Pop music industry companies like to keep their idols’ salaries under wraps.

The K-pop juggernauts have even earned money through international fame than the rest of their Korean counterparts and as per reports in Korean media, they are a major revenue source for the Korean music industry. According to reports in Forbes, in 2019 the group earned a total of $57 million in pretax income followed by another 50 million in only six months’ time in the following year. They made their debut in the Forbes Celebrity 100 list in the same year. The band made over $170 million with their concerts and tours. Despite the band’s earning being hampered by the COVID-19 situation and concerts being postponed, the group has so far made mountable income, as per reports in Meaww.com.

BTS contribution to their company

At the moment, BTS earns a whopping $770 million shares out of their representative agency BigHit’s $2 billion worth. With different projects on each member’s plate, the individual members earn differently. For example, all the rappers, RM, Suga, J-Hope have their solo albums and mixtapes, Taehyung starred in Hwarang Korean drama and Jin, Jimin and Jungkook have their own works apart from the group’s regular activities. Thus each member’s net worth stands differently.

According to reports in Seventeen, Jin has a net worth of $8 million which comes from his regular activities plus writing credits as well as producing activities. He also has food businesses in Korea, in partnership with his brother. The rapper and main dancer of the group J-Hope have the highest net worth in the group with $12 million, as per reports in the magazine. Most of his earning came from his mixtape Hope World as per the same report. J-Hope’s net worth is also accumulated from some of his hit songs like Chicken Noodle Soup.

See Also
Could Brad Pitt And Jin From BTS Act Together?

The report in Seventeen also suggests that RM has a net worth of $8 million which is accumulated with the help of producing and writing songs apart from the regular activities like concerts and tours. RM of BTS’ income is the result of writing over 130 songs and earning the royalty on the same. BTS’V was a member of the Hwarang: The Poet Warrior Youth cast and the drama performed averagely in the Korean market, as per reports in Soompi, a Korean media portal. Kim Taehyung or V of BTS’ income has helped him gain a net worth of over $8 million. Followed by Jimin whose income stands at $8 million.

Lastly, youngest member Jungkook and rapper Suga also have a net worth of $8 million each. The former has written songs as well as appeared on broadcast shows like ‘Flower Crew’ and ‘Celebrity Bromance’. Suga, on the other hand, has over 70 songs under royalty list and recently added to the list with a collaboration with singer IU.