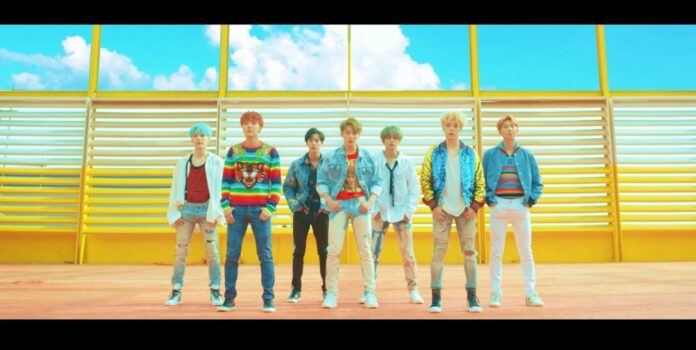 BTS are the first male K-pop idols to reach 1 billion views on their ‘DNA’ music video on YouTube.

The music of the Big Hit Entertainment band has become a worldwide phenomenon and they gradually take over the most important music charts with their emotional and inspirational messages.

The boys of BTS have sometimes commented on the sacrifices and obstacles they had to experience to debut as a K-pop group, now that they are at the peak of their career, records, achievements and recognitions are a constant.

BTS achieved another musical achievement, the official video of ‘DNA’, released on September 18, 2017, accumulates 1 billion views on the YouTube platform, in addition to that, the clip has more than 13 million likes and more 6 million comments.

Since the release of the ‘DNA’ video clip, this quickly became an event, the first day of its premiere garnered more than 22 million views, making ‘DNA’ the most viewed K-pop video on 24 hours.

‘DNA’ belongs to BTS’s fifth mini album, ‘Love Yourself: Her’, the authors of the lyrics were: Supreme Boi, Hitman, Bang, Suga, RM and Pdogg, the latter was in charge of the production and musical arrangements of the song.

This is how Jimin reacted when he received the medal