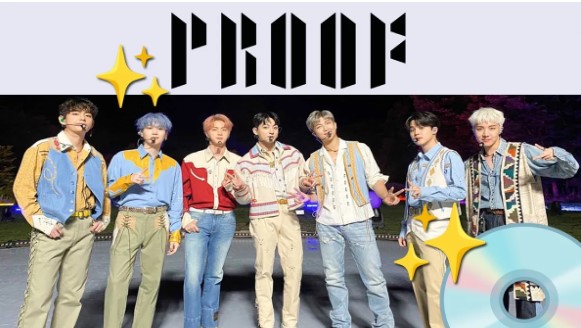 We are approaching the return of BTS with a new album, as we learn more details about Proof, the CD 2 track list has been presented to fans, announcing the appearance of a new song for ARMY.

On June 10, the long-awaited return of BTS with the album Proof will take place, but it will be a special return, because it is a collection of their greatest hits and new melodies. This recording material will include three CDs, and little by little we will learn more about them.

Yesterday the tracklist for CD 1 was released, which included the new song Yet To Come, today it’s time to find out which singles were included in the second CD, and here we will tell you the details.

proof: BTS TRACKLIST FOR COMEBACK CD 2, WHICH SONGS DOES IT INCLUDE?

Proof CD 2 includes a total of 15 BTS songs, while CD 1 left the new single for last, this time it was placed on track number 1, so we started with great emotions.

Run BTS is a new BTS tune that is part of the second part of Proof, but it also features Jungkook, RM, J-Hope and Suga. OMG, check out the track listing and the poster they were announced with below:

ARMIE was not let go of what Namjoon posted on his personal Instagram account just a few weeks ago, where he remembered HER song and noted how great it was to listen to it after a long time.

Now we can know that HER is track number 9 on the second Proof album, so it was a spoiler that no one expected. Oh!

If you still don’t know what these songs are on the first comeback CD, here we will tell you all the details you need to know about it, see more Proof.

There’s news from the Elden Ring! New information about the game...