Home Celebrity BTS has ancestors of royalty, could they have been princes? 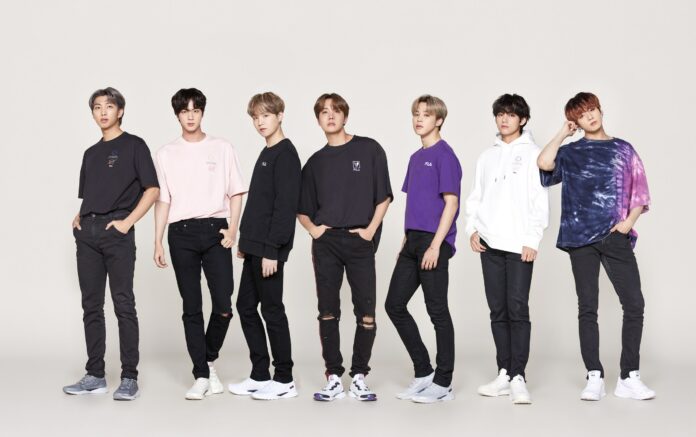 The BTS guys talked about their connection to the royal dynasties that led South Korea. Jin, V and Suga come from major dynasties that ruled to Korea of the South many years ago.

In the special programs of RUN !, ARMY can learn more of the personalities of the members of BTS , in the latest chapter of the show some of the Bangtan Boys spoke of their name and their important ancestors.

Jin mentioned that he comes from the Gwangsan Kim lineage , an important royal family that had a great presence during the rule of the Joseon dynasty , which lasted in government for more than 500 years.

Another member of BTS who is part of the descendants of the Gwangsan Kim family is V, originally from the city of Seo Gu in Daegu is part of the Kim , direct relatives of King Sinmu of Silla , the 45th monarchy of South Korea .

Suga is a descendant of the famous and important Min clan or better known as Y eoheung Min , who belongs to the Joseon dynasty and one of the most admired Empresses of this family is Myeongseong.

The Yeoheung Min were rulers in 242 senior positions within the royal court and 4 queens were also in power. Wow, Min Yoongi is a boy who has a connection to his past.

The Joseon dynasty is very famous for implementing measures so that all the inhabitants of Korea learned to read and write, during its government many technological advances emerged and it was born in hangul alphabet .

So Jin, V, and Suga come from important dynasties that were of utmost importance to the development of Korea. The members of BTS still keep many details and stories that surprise their fans.

Earlier today, Min Yoongi named Namjoon as ‘Best Voice Actor’ on the radio show KULL FM 06.13, in recognition that the rapper gave his bandmate for his acting and voice talent.

Jeff Bezos Has Chosen The Star Of Star Trek For His...