Home Celebrity BTS guys react to the ‘ON’ video clip and compare it to... 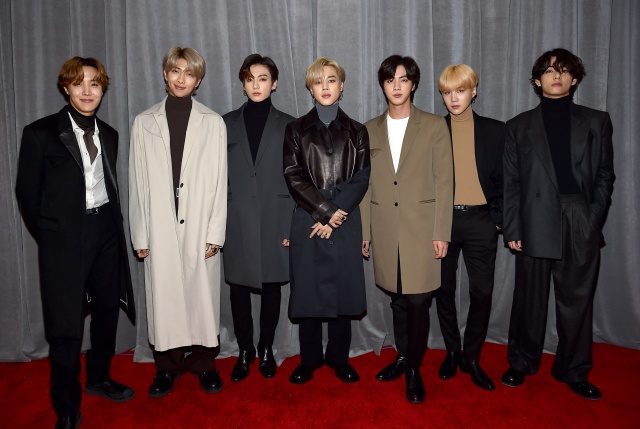 BTS guys react to the ‘ON’ video clip and compare it to ‘The Lion King’. The clip brings together more than 76 million views on YouTube.

BTS left us speechless with the release of the video for their hit ON . Although they already offered us a visual version through the Kinetic Manifesto Film: Come Prima and its impact was immediate. In fact, it already brings together more than 115 million views on YouTube.

But the official video clip of this theme suggests that it will exceed this figure by far, and very soon. It is one of the most daring audiovisual projects of the band, with a set that seems to have been taken from a science fiction, fantasy and adventure film that makes the seven members their protagonists.

As usual, BTS met before the premiere of the video clip to see it as a scoop and comment on it. Now, the group agency has made public the reaction of the group on its YouTube account , and, as we expected, it has been a success on the platform.

To summarize the reaction in a few words, we would say that it could be one of your favorite music videos. The light and effects created on the computer have caused surprise and excitement in South Koreans, who expressed their illusion in onomatopoeias like “Ohhhh.” Of course, the compliments among them have not been lacking either.

Although what has caught their attention is the similarity of their scenes with those of one of the most popular films of the Disney Factory , especially at the time when everyone climbs the gigantic stone. “Is this not from The Lion King?” says Jin. And the truth is that yes, we found certain cinematographic references, and not only related to this film, as many of his followers mention The Labyrinth of the Faun. Others, even, to the manga series Attack on the Titans.

Be that as it may, that the ON video clip is a success is also a fact. There are already more than 76 million reproductions that it gathers, a figure that we are sure will increase over the course of the minutes. They were so satisfied with the result that J-Hope and Jungkook decided to see him a second time, and they kept freaking out!

And you, what do you think of the video clip of this latest hit from the hit K-Pop band ?