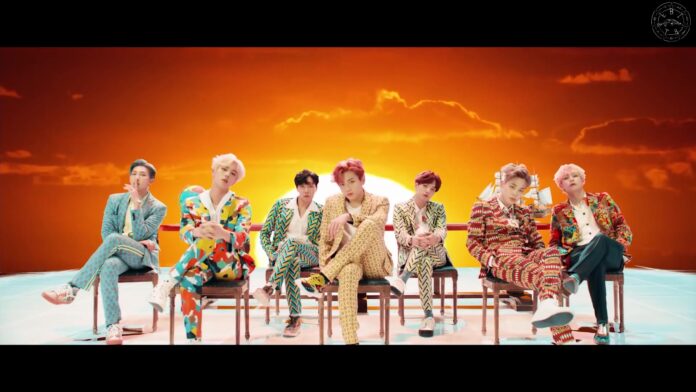 The BTS members got the ARMY excited by talking about the upcoming live concert.

BTS gave an incredible spoiler of upcoming performances and theories for the concert they kicked off.

Are you excited to see Bangtan Sonyeondan at the year-end event hosted by Big Hit? The singers gave a confusing hint about what they will show on the show.

We are very close to the end of December and with that will also come the 2021 New Year’s Eve Live musical show where different groups and artists from Big Hit Labels and other guests will perform online.

BTS is one of the groups that make up the line up and the boys revealed a little of what you can see in that event and we will give you the details in Somagnews.

Bangtan Sonyeondan held a question and answer session and within it they received a question from Halsey asking them about what they will be showing at the concert. The boys were motivated to reveal a small spoiler and after commenting on what details they needed to release they described two clues.

The first clue was given by V, who said that they will be performing a song that was released this year, although J-Hope said that that was too much information, the boys continued the talk and together they made a sound that left fans confused.

This is the second clue that, according to the idols, everyone has probably understood, but the ARMYs remain in a dilemma about the message the boys tried to send.

The sound that brought their voices together was interpreted by the fandom as ‘Byeong’, which would refer to the song Disease, but other people think it was actually a sound like ‘Bomb’, is it Dynamite? Louder Than Bombs? We will find out until the time of the show.

We recently told you that Suga will also be present at the concert, but will have some restrictions during the event.

Selena Gomez beautiful: she caused a sensation on Instagram! (PHOTO)