Home Celebrity DO BTS and GFriend Have a Secret Connection? 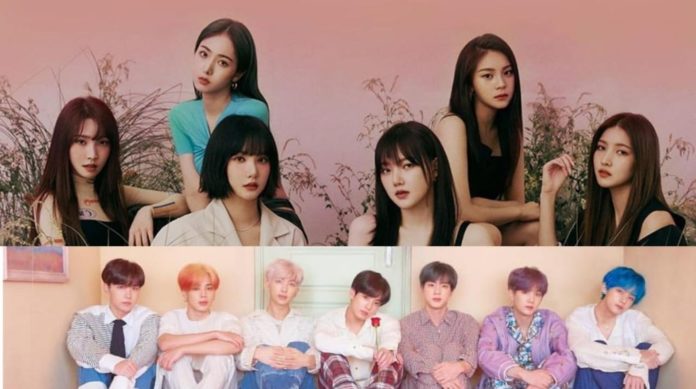 GFRiend has just made her comeback with the song “Crossroads” , so far, the MV already has more than 2 million views just a few hours after being released.

Their single has also positioned themselves in the Melon chart, one of the most difficult in the South Korean music industry , but the girls have proven that the wait was worth it. The MV is an emotional song that shows the union between its members.

Something that has caught the attention of her new MV , are the similarities with other video of BTS . Since BigHit acquired the seal under which GFriend works , producers could have put some kind of clues in the concepts of both bands.

Fans believe that the stories of ” Run “, ” I Need U ” and “Young Forever” connect with ” Crossroads “, it seems that both groups could be living in the same universe and go through the same stories .

Both artists have used doors that appear in the scenes of their videos , so the theory of an alternate or parallel universe exists. Not only are some similarities in the images, there are also elements such as a flower, in the lyrics of their songs and the plot of their MVs . Do the stories happen at the same time but in different dimensions? Everything could be a coincidence, but even the design of the album covers coincide and it seems that BTS and GFriend have a hidden history and to be able to link the whole plot, you have to find the clues in their MV and songs , because the similarities and the same objects or actions are there.

please give me answers pic.twitter.com/FDoNSCli6t

[Parallel worlds] their universe are connected through a door, and little reminder that gfriend’s 5th album is literally called Parallel pic.twitter.com/jSLHfrsdD7

Do you think there really is a hidden connection between BTS and GFriend ? Leave your comment.

Why no streaming platform has decided to save the series