Home Celebrity BTS gets their third victory for ‘ON’ 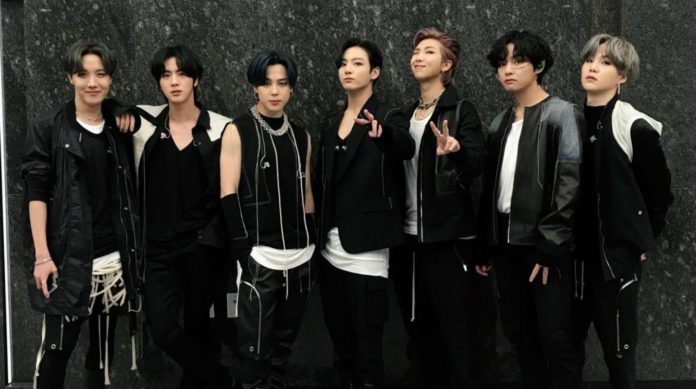 BTS gets their third victory for ‘ON’. The single competed with ‘Fiesta’ by IZ*ONE and Black Swan.

Afew days after starting with performances in Korean music shows, the BTS boys have swept the trophies of the programs on different television networks.

After sales records and leading the charts in different parts of the world, Jin, Jimin, Jungkook, V, RM and J-Hope continue to work on wonderful presentations to promote their work on the most recent album Map of the soul: 7.

The fans of the group have not hesitated to do their best to place their favorite idols in the first places , that includes their participation in the music shows.

The group recently showed up at the SBS program, Inkigayo , where after receiving the award the members offered a message of thanks that reached the heart of ARMY.

“Thank you for giving us a great prize, I think the reason we can receive it is thanks to ARMYs who support us even from afar. Thank you, we will work hard for the rest of the promotions.”

The filming of Inkigayo was carried out without hearing as a preventive measure in the face of new cases of coronavirus, so Jungkook said he missed the applause of his followers , which he always hears on an occasion like this. The rest of the boys also thanked ARMY for their support and asked to take care of themselves.

The group won this win with their single ‘ON’, while competing with ‘Fiesta’ by IZ * ONE and Black Swan , the B-side track of their own album.