Home Celebrity BTS gets their second win for ‘ON’ 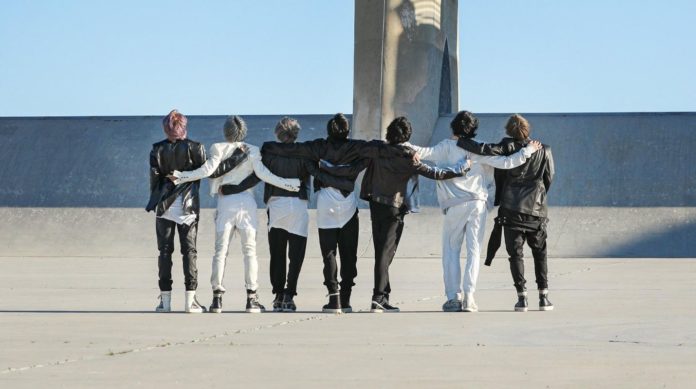 BTS gets their second win for ‘ON’. The boys still do not appear in Music Core, but they have already taken a trophy in it

The group has already performed in two musical programs M! Countdown and Music Bank , in both cases, the boys were in charge of giving us unparalleled presentations with incredible outfits and the results have been great.

The success of their new single on Korean television had led them to win their first win in one of those shows, with Music Bank being the first to give them a trophy before the figures they obtained with the help of their fans.

As if that were not enough, the group has already taken its second win in a show where it has not yet been presented, it is Music Core . The program of the MBC chain announced that the boys would be nominated to win first place in the most recent broadcast of the program, so BTS supporters strove to cover all aspects that are evaluated to obtain the final score.

Thus, the MCs of the show subsequently announced that BTS , who competed with the recent single from Zico and the girls from IZ * ONE , became creditors of the show’s trophy, this being the second win obtained through the promotions of ‘ON’ , the promotional single from his album Map of the Soul: 7.

BTS presentations within music shows are still ongoing and the unconditional support of their followers will surely lead them to many other successes.

Request for Julia Roberts to appear in the drama