Home News BTS FESTA 2020: Anniversary is celebrated by ARMY from around the world 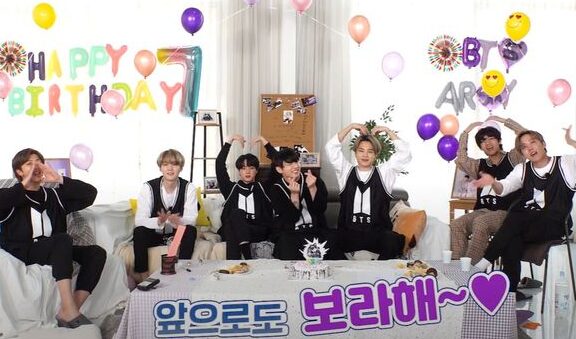 BTS FESTA 2020: Anniversary is celebrated by ARMY from around the world. FESTA 2020 means that seven BTS members celebrate seven years of triumphs in the music industry with ARMY.

A different year. The BTS members had planned a world tour with Map of the soul, the release of their seventh album, and other activities related to the boydband and especially its FESTA 2020 anniversary ; however, all of those plans were changed due to the worldwide COVID-19 pandemic.

In late May, Big Hit Entertainment revealed the FESTA 2020 Schedule, where you could see a series of activities commemorating the seven years of K-pop idols in the music industry.

In this article we will chronicle what all the preparations were prior to the central day of BTS’s anniversary at FESTA 2020 .

It all started with a short trailer:

Big Hit launched a call to ARMYs around the world to ask questions of BTS members . And for them to respond he divided them into three groups: Taehyung x Jimin , Jin x J-hope x Jungkook and RM x Suga .

On June 10 and through the YouTube channel, BANGTANTV , an excerpt of what would be seen on the central day of BTS’s anniversary was released.

In this special program called Map of the song: 7, Jungkook, Jimin and Taehyung participated in a fun karaoke. It was released on June 10 on YouTube.

What does We are Bulletproof: the Eternal mean?

In this animated video called We are Bulletproof: the Eternal , BTS members wanted to give the fandom an emotional moment with its animated story and the perfect song.

But what does We are Bulletproof: the Eternal mean to your fans? It’s the perfect definition of everything they’ve lived through in seven years, Jin, Jimin, RM, J-hope, Jungkook, Taehyung, Suga, and the ARMYs .

With this nearly hour-long video, BTS celebrated their seventh anniversary in the company of their ARMYs.

And you can join this BTS anniversary celebration with the following hashtags on social media: # 7ToEternityWithBTS , # BTS7thAnniversary , #BTSAlbumsChallenge , # Festa2020 and #WeAreBulletproofTheEternal .

The queen’s doctors are concerned about her health and recommend medical...

Harrison Ford talks about his surprise appearance on “Rise of Skywalker”