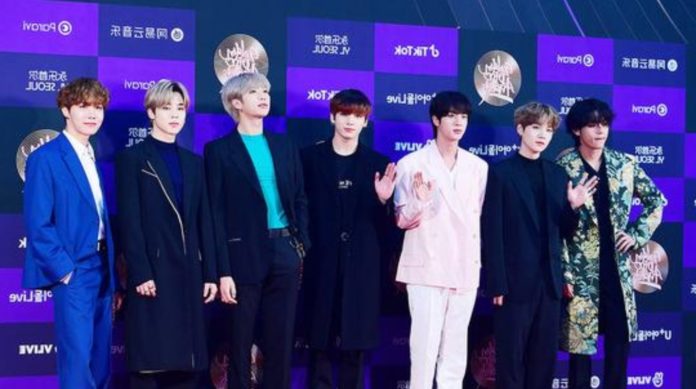 The fandom feels frustrated that the boys cannot fulfill their dream as they would have liked.

BTS will formally attend the 2020 Grammy Awards Gala on January 26 at 7:00 p.m. at the Staples Center in Los Angeles, California.

ARMY was very excited that the boys made their appearance within the most important awards within the music industry, they are the first Korean artist to officially appear within the Grammy , but the confusion, comments and debates ignited when it happened to know that BTS did not appear alone on stage .

Through the hashtag #BTSdeservesbetter and #ProudOfBTSAlways , the fandom has exterminated its annoyance towards the treatment that the boys have had as artists, since they consider that the ceremony only included them for reasons of raiting and did not grant them time for them to appear In solitary.

are y’all telling me the fucking grammy’s are daring to put a whole bts as backup dancers when they can have a whole ass award show at their feet bc of their amazing performances? BRUH tell me that ain’t just for clout #BTSDeserveBetter pic.twitter.com/JC3Bnm8ul7

The reviews ARMY the organization of the Grammy began after it was revealed video of trials where Billy Ray and Lili Nas X are in front of the stage and on a rotating track can be appreciated BTS in the background, meaning that only They will appear in the choirs. WTF

#BTSDeserveBetter @BTS_twt are NOT your free ticket to millions of viewers.
bts are NOT your backup dancers.
bts are NOT some group whose fame will die down in a year or two.
bts ARE talented performers with amazing capabilities, allow them to be that. pic.twitter.com/ZJI4sOyKVl

BTS had the dream of being able to perform in a ceremony like the Grammy ; However, ARMY believes that his illusions cannot be fulfilled to the letter, they even believe that RM divided his lines so that his teammates took the stage with him, because ” Old Town Road” is just a remix. Snif

ARMY knows that even if it’s only a few seconds, BTS will show why it has come so far, hopefully next year the boys will return to have a performance at the awards, be nominated and possibly take a prize home.