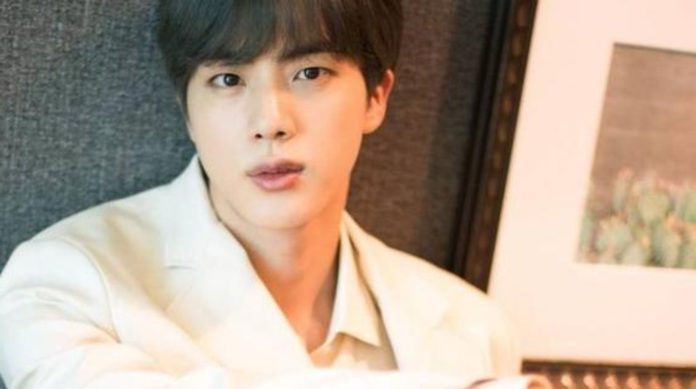 The year is almost over but the surprises towards BTS by ARMY do not end. Throughout 2019 we have seen the beautiful projects that the fans of the band have organized to celebrate the birthday of the idols, Jin’s is closer than ever and everything seems to indicate that he will receive a very special gift: a star!

Jin’s birthday is December 4 and many of his fans are already organizing to do something very special for him. Through Twitter, it was announced that a BTS follower from Indonesia bought a star to give it to the idol on the occasion of her 27th birthday (28 in Korea). OMG!

In a video that has begun to become popular in social networks we can observe the certificate that guarantees that there is a star registered under the name of Jin, which is close to the constellation of Sagittarius since that is its zodiac sign.

Why giving Jin a star is the cutest thing in the world? According to the girl who had this detail with the idol, it doesn’t matter if they are thousands of kilometers away, while Jin and the ARMY see that star, they will be closer to each other. <3

This is another example of the infinite love that boy band fans have for Jin and each of its members.

This is not the first time that ARMY has organized to buy stars and give them to BTS members since, last year, Taehyung received one on the occasion of his birthday. Aww!

JUNGKOOK SHOWS HIS SUPPORT FOR JUSTIN BIEBER AND HIS RETURN TO...