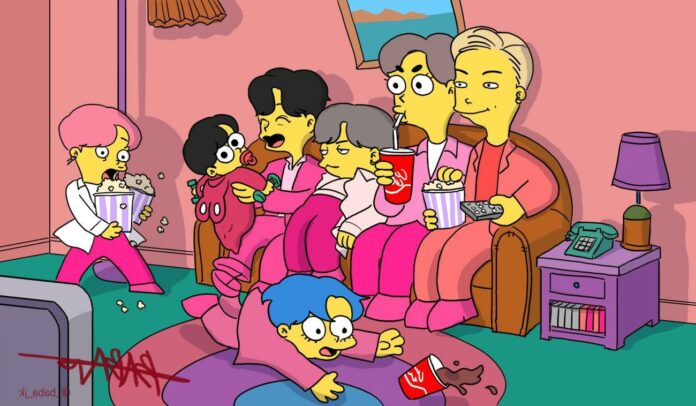 BTS has appeared in the animated series portraying the lives of Homer, Marge, Bart, Lisa, and Maggie.

The Simpsons is one of the animated comedy classics that has grown in popularity over the years, causing many international celebrities to make special appearances throughout its multiple and numerous seasons.

Matt Groening, the creator of the concept of amarilla the yellow family ’has expressed his admiration for different bands and singers in various chapters of the acclaimed series that takes place in a town in the United States called Springfield.

So much is the desire of many stars to appear that they have declared that it would be one of their biggest dreams, such as The Weeknd, the Canadian said: “It is definitely on my wish list and I have good ideas.”

Throughout its 31 seasons, the endearing characters of The Simpsons have lived with international singers and musicians such as: BTS, Red Hot Chilli Peppers, U2, Michael Jackson, Aerosmith, The Beatles, among many others.